Badminton Takes a Swing at Things 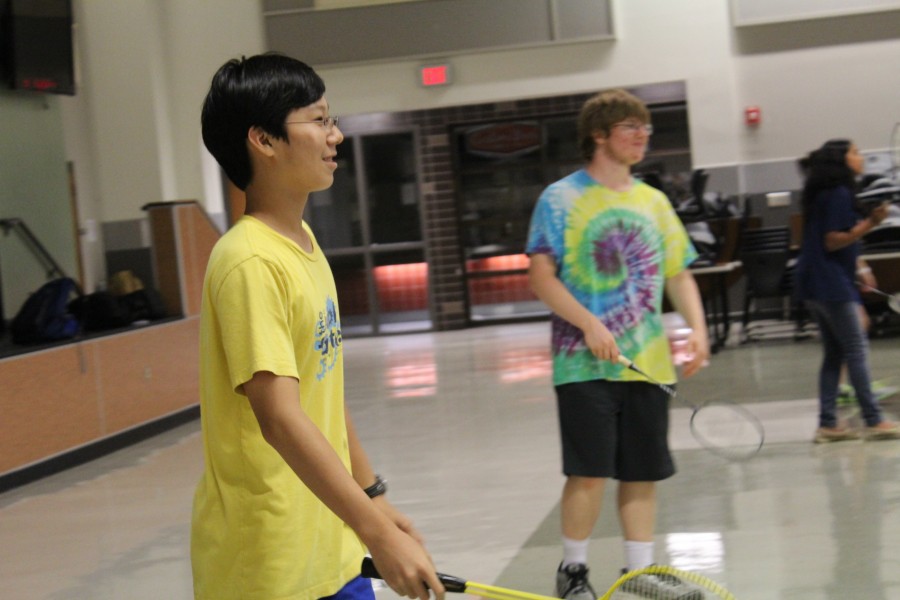 The soft swish of the rackets can be heard throughout the cafeteria with long line of nets adorn the middle of the room. The player’s faces are set with concentration as they compete against one another in Badminton Club.

Most Thursdays after school, many students come to the cafeteria because of their dedication to a little known but very interesting sport: badminton.

“I have been in this club for three years now. I joined because I wanted to be a part of an extracurricular activity where I could also get some exercise,” David Chao ‘16 said. “It helps me relieve any stress I have about school work and just have fun.”

“I love the sport because I have been playing it for a long time now, about four years,”Sriram Kidambi ‘16 said.“A friend introduced me to this club in my freshman year, and it’s a really great way to have fun.”

Quite a few of the students in the club have had previous badminton experience.

“I’ve been playing since I was around eight or nine years old. I joined the club so I could meet new people who had similar interests as me, and to play with a variety of people,’’ Niveya James Ravichandran ‘18 said. “The best part about badminton to me is that it’s an intense, fast paced sport, and you get to move around  a lot. Badminton club is the best!”