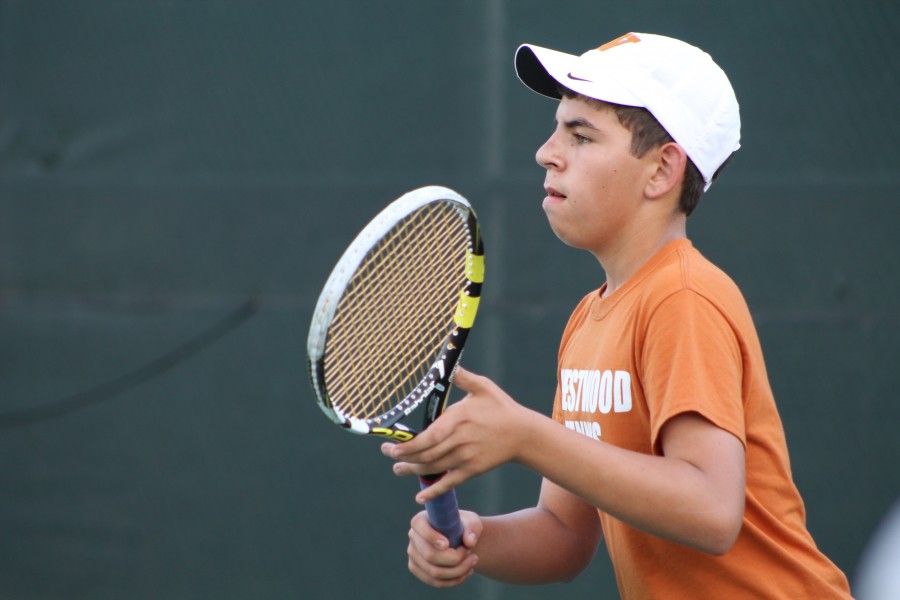 The Warriors on the JV Orange Tennis Team continued their successful season with another win against the Westlake Chaps. They finished the away match 14-5 on Tuesday, Sept. 29.

After some trouble finding the courts at Westlake, the team arrived, ready to hit with the Chaps. The Chaps have been fiery competitors with the Warriors in the past, but this time the Warriors won with great singles and doubles matches. Even though some players started off on the wrong foot, they made comebacks with good defensive play.

“I was playing with my doubles partner and we were doing bad on the first time, but we just kept saying ‘keep it consistent’ and we believed in ourselves,” Satweka Nammi ‘19 said.

Nammi and her partner were down 1-5, but caught up and ended up winning the tiebreaker.

“I think we did good as we moved on and in the end we finally won, so I was happy with that,” Nammi said. “It was the most intense game.”

Kevin Yang ‘19 also had a fierce game with his partner, Pritika Parmasivam ‘19. This was his first time playing mixed doubles.

The Orange team has been training hard every other day for these matches. The freshman team has their next game on Monday, Oct. 5th, but the next official Orange team match is at Cedar Ridge against the Cedar Ridge Raiders on Tuesday, Oct. 13.