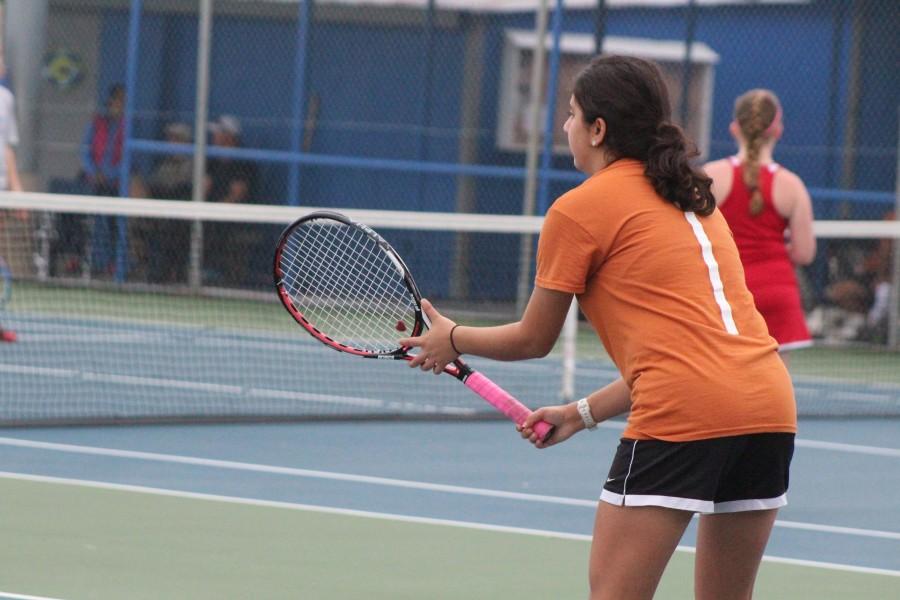 The freshman tennis team started off their tournament season strong with several medals on Tuesday, Nov. 10 at Georgetown and East View High School. This officiated the beginning of the new season, where each competition lasts all day, and players compete for themselves rather than towards a team triumph. Regardless, the tournament finished in favor of the Warriors, as many players won their entire division.

This tournament proved to be very successful, despite this being the first competition of the sort. The Warriors took 1st in every boys’ event, and girls medaled in each singles bracket as well.

The players were all very excited to finally compete and experience this type of play, since this was a much anticipated tournament.

“I was excited for it and I felt that I did good even though I didn’t pass to the final match,” Alejandra Plata Gonzales ‘19 said.

Others felt the pressure as they played, but in the end had a great time playing the sport they love with their friends there to support them.

“It was a long day, but I also got to hang out with my friends.” Kavya Raghavendhran ‘19 said. “I was really excited to play because I was playing singles and that’s my favorite.”

Raghavendhran, along with Carolien van Heemskerck Phillis ‘19, both advanced into the girl’s singles final match, meaning they would have to compete against one another for the top title.

““In finals it was really intense because I was playing someone from my own team, and I didn’t win but it was a really fun day,” Raghavendhran said.

Below are the final results from the Georgetown freshman tournament.

The JV team has their first tournament on Thursday, Nov. 12 at Georgetown as well. The freshman team’s next competition is here at Westwood on Tuesday, Nov. 17.