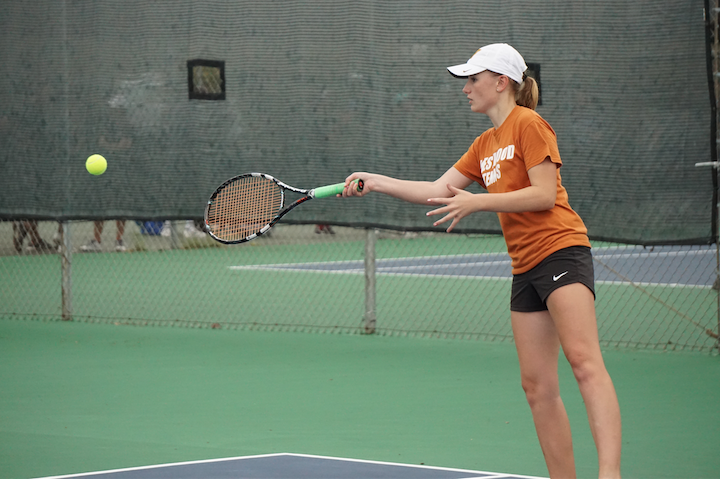 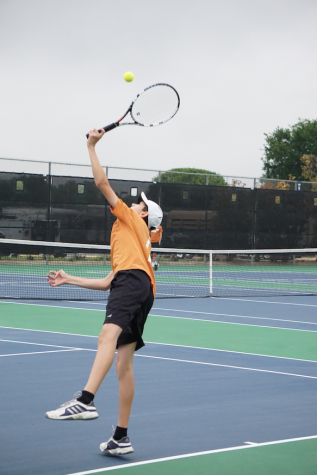 The JV and freshman tennis teams concluded their season with a huge triumph at the district championship tournament on Wednesday, April 13. Combined, the Warriors took nine out of the ten top titles in the entire 13-6A District, displaying the immense skill and talent found among this team.

Below are the final results from the competition.

The tournament for freshmen was held at McNeil, while JV played at home on the Westwood courts. The brackets were a little different from previous competitions; there was no back draw or consolation. This meant as soon as an individual or pair lost their match, they were eliminated from the event.

Many players were excited to finally hold a championship title after constant hard work throughout the year. These athletes trained practically year round, with a short offseason of conditioning their only break.

“I’ve been putting a lot of hard work into tennis and winning districts really just showed how my hard work payed off,” Avery Turner ‘18 said.

Warriors also noted their entire competitive period had been successful because of a bond built up within the team. This kind of chemistry isn’t found on every team, but it does play a large role in supporting other players to achieve greatness.

“This whole season has been very good, especially at districts,” Nathan Iyer ‘19 said. “I’ve been playing very well and the team has developed much teamwork among the players.”

The JV and freshman tennis team wrapped up their tournaments on a high note. Some of these players will continue their journey next year, while others may advance onto the varsity team.

“The kids just played lights out, and built on what we’ve been doing this whole season. The kids have been working hard, improving; it’s just been very very impressive,” Coach Dalrymple said. “I’m really glad to see where they’re at right now, and where they’re going for the future.”