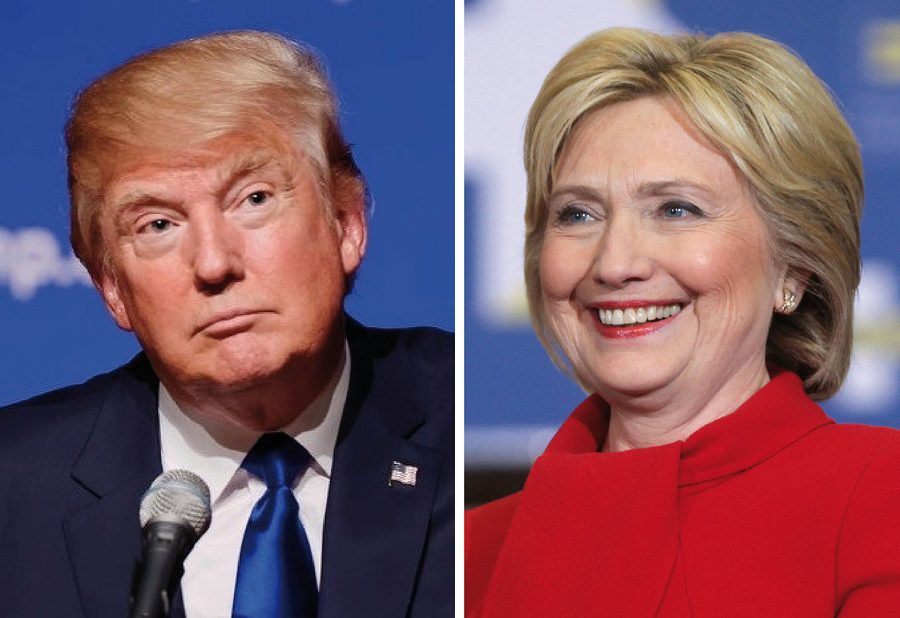 84 million people eagerly tuned in Monday night to the first showdown between Democratic candidate Hillary Clinton and Republican nominee Donald J. Trump, shattering the the record for most-watched presidential debate of all time.

The moderator, NBC’s Lester Holt, opened the debate by explaining the structure of the questions and answers, and then jumped straight away into the first topic- the economy. Clinton laid out her economic plan, saying that she would raise minimum wage, ensure paid family leave, close corporate loopholes, and create jobs by supporting small businesses. Trump responded by saying that thousands of jobs were being “stolen” from the US and going to China and Mexico. Although not hesitating to mock Trump’s arguments, Clinton’s primary strategy during the debate seemed to be to keep a cool, calm persona. Trump, on the other hand, did not hold back his frustrations when countering Clinton’s claims.

The highlights of the debate included Trump suggesting that his strongest asset was by far his temperament and that Clinton lacked the stamina to become president of the United States. Clinton merely laughed at both these statements, and her response to the latter garnered some of the loudest applause of the night. “Well, as soon as he travels to 112 countries and negotiates a peace deal, a cease-fire, a release of dissidents, an opening of new opportunities in nations around the world, or even spends 11 hours testifying in front of a congressional committee, he can talk to me about stamina.” Clinton said curtly. Clinton also teased the idea that Trump had committed tax evasion and pressed him to finally release his tax records, to which Trump argued that he would release his taxes when she released her deleted emails.

For many, one of the most uproarious parts of the night was when Trump suggested that reinstating the stop-and-frisk policy (the practice by which a police officer is given the authority to stop anyone on the street with reasonable suspicion) was the key to creating harmonious racial relationships. The stop-and-frisk program was deemed unconstitutional in 2013 due to racial profiling.

“I thought that Trump’s response to fixing racial relations was extremely unsatisfactory because stop and frisk has been proven in court to be unconstitutional and it kind horrified me that he would defend the use of such a blatantly racist tactic in order to ‘mend community relations,’” John Cho ‘18 said.

Polls taken after the debate showed Clinton as the winner, though many credited Trump for being more aggressive and effective at the start of the debate, drawing in his targeted crowd of blue-collar workers.

“I definitely think that Hillary won,” Aliya Arni ‘18 said “To me, most of the things Trump said just made him seem uneducated and unprepared. Hillary kept her composure, but Trump got mad as soon as he was provoked, which shows me he’s not fit to be president.”