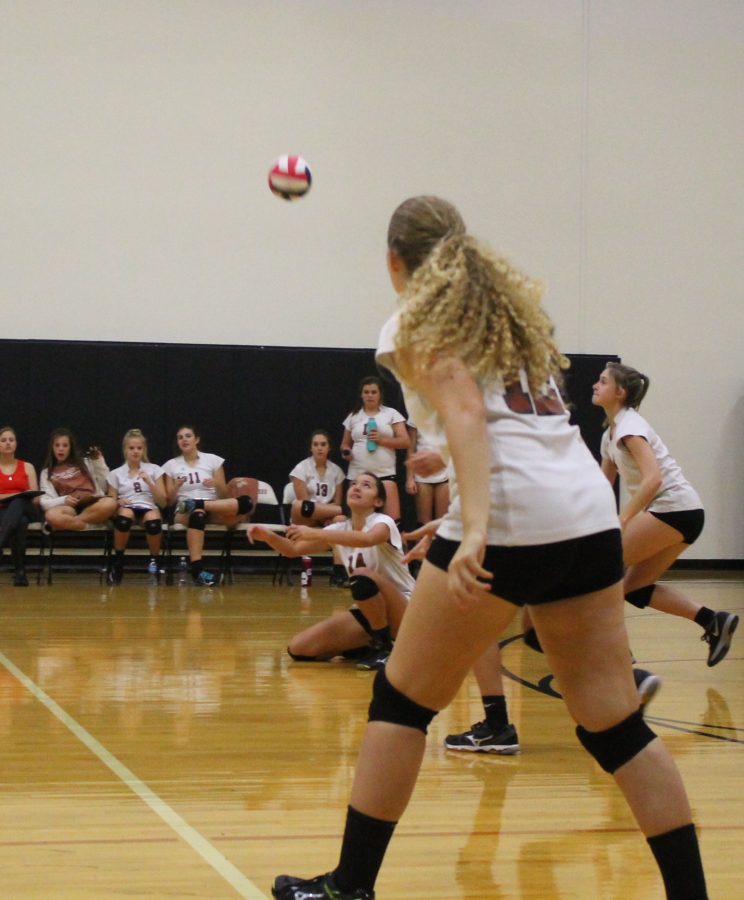 In the last game of the season, the JV White volleyball team brought home the win with a score of 2-0 against the Hendrickson Hawks on Tuesday, Oct. 25. With the hard work put in year round, the athletes had great communication and consistency, and were able to come out victorious.

The Lady Warriors started off strong in the first set, with powerful serves by Meredith Vagner ‘20. Those in the student section stood with one hand raised, making the Warrior gesture as the athletes battled on the court for the set point.

Coming off the first set with a victory of 25-14, the Lady Warriors lost the first point to the Hawks, but quickly regained their composure and continued playing as they were before. Outside hitter Reagan Harrington ‘20 had powerful hits across the net, helping bring the score of the second set up to 25-14.

“I saw a lot of improvement with the team, the girls bonded really well, so it was a really fun season,” JV White coach Jennifer Breedlove said. “We’ve just been practicing hard every day, and working on things that we needed to work on.”

The theme of the night was Senior Night, as a way to remember the seniors spending their last year on the team. For Coach Breedlove, this moment was especially meaningful, as the current seniors were freshmen during her first year at Westwood.

“It will be a little emotional to see the ones who I’ve seen grow all four years at their last district game of the year,” Coach Breedlove said.

Throughout the season, the team was able to grow not only as individuals but as a family.

“We’ve gradually gotten so much closer and worked together much better,” Payton Sequerra ‘20 said. “At the beginning of the season I was a lonely freshman on this team, I didn’t know what I was doing with this, but at the end it was great, I love this team with all my heart.”