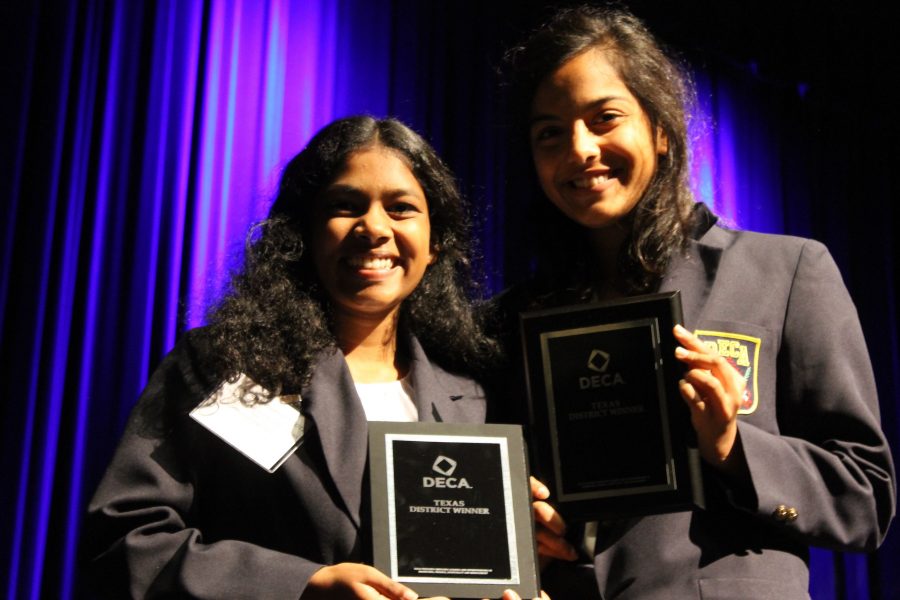 Members of DECA, the Association of Marketing and Business Students, competed at the District 5 Career Development Conference (CDC) on Saturday, Jan. 20 at Copperas Cove High School. With 164 total participants from Westwood, a record breaking 127 members successfully advanced to the state level of competition.

After finishing online testing, attendees were eager to compete in their events ranging from sports marketing plans to roleplays about finance. Students studied independently and within their groups with the hopes of placing among the top six to eight of their event, which would secure a spot at the next level.

“I did accounting applications and even though I thought I wasn’t that experienced, I was still able to gain a lot of knowledge about the event and put that into use with the competition,” Angela Zhang ‘19 said. “My event basically calculates transactions between business and also keeps track of debit and credit.”

Along with the Westwood chapter, 25 other high schools took part in the district competition with the shared goal of moving up to the state conference. A list of all Warriors who advanced can be found here.

The closing ceremony of the conference also featured the announcement of the new District 5 officers for the 2018 session. After going through interviews and tests along with a candidacy speech during the ceremony, Emily Gao ‘19 was voted as the District 5 vice president.

“I was kind of in shock, because I wasn’t really expecting it because there were a lot of other great candidates,” Gao said. “It kind of took me a moment to realize what actually happened, and the whole school was cheering and it was really exciting.”

Even though Gao’s original speech was cut short after miscommunication of their allotted time, she was still able to rally enough votes from the delegates across the district.

“The official DECA rules and the official packet says that we get two minutes, but then 10 minutes before talking, Hayden [Pfaff] who is our Texas DECA president, told us all that we only got one minute so we were all scrambling to fix our essays, but it all turned out okay,” Gao said.

Gao will be representing District 5, along with all of the advancers, at the Texas CDC on Thursday, Feb. 23 to Saturday, Feb. 25 in San Antonio.