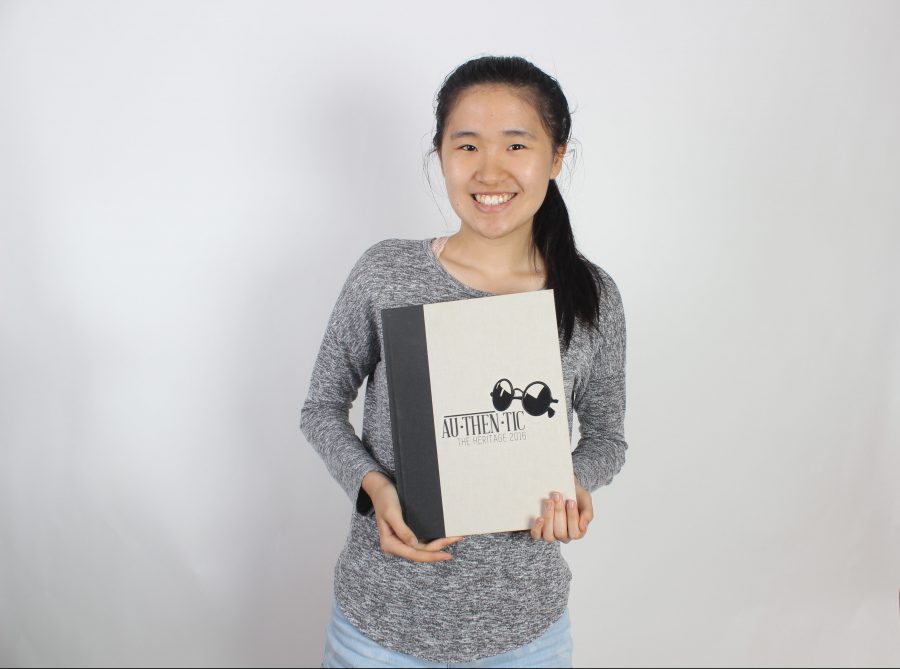 The Westwood High School yearbook staff has been recognized by Balfour Yearbooks with the Best recognition for outstanding contribution to scholastic journalism. Less than 1 percent of yearbook staffs are awarded with the distinction. The 2016 Heritage staff was led by Jenna Zhang ’17 and Asha Rao ’17, Co-Editors-in-Chief, who chose the theme Authentic and worked to develop that theme throughout the book. The staff is advised by Ms. Lanie Catuogno.

“I think it’s really cool that we got selected for something like this, because only the top 1 percent of 1 percent get in,” copy editor Ishani Pandya ‘18 said.

With evaluations in theme development, layout design, photo content, secondary packages, and cover design, 2015-2016 yearbooks published by Balfour had the chance to be featured in the 2017 Yearbook Yearbook. Westwood’s 2016 yearbook had several spreads and photos showcased in the 31st edition of the publication.

“I’m glad they liked the ideas we worked so hard on,” Zhang  said. “I think they appreciated the unique ideas we had, our yearbook isn’t your typical yearbook. The way that we designed our stuff is a little bit more unique.”

Noteworthy aspects of the 2016 yearbook included well-written feature stories and blended chronological coverage, as well as use of icons and color.

“[It’s important to] do things that you think look good rather than doing stuff that are traditionally yearbook,” Zhang said. “Asha and I were sure to have every page be something that we really loved. To have our yearbook have so many spreads featured in there was really exciting.”