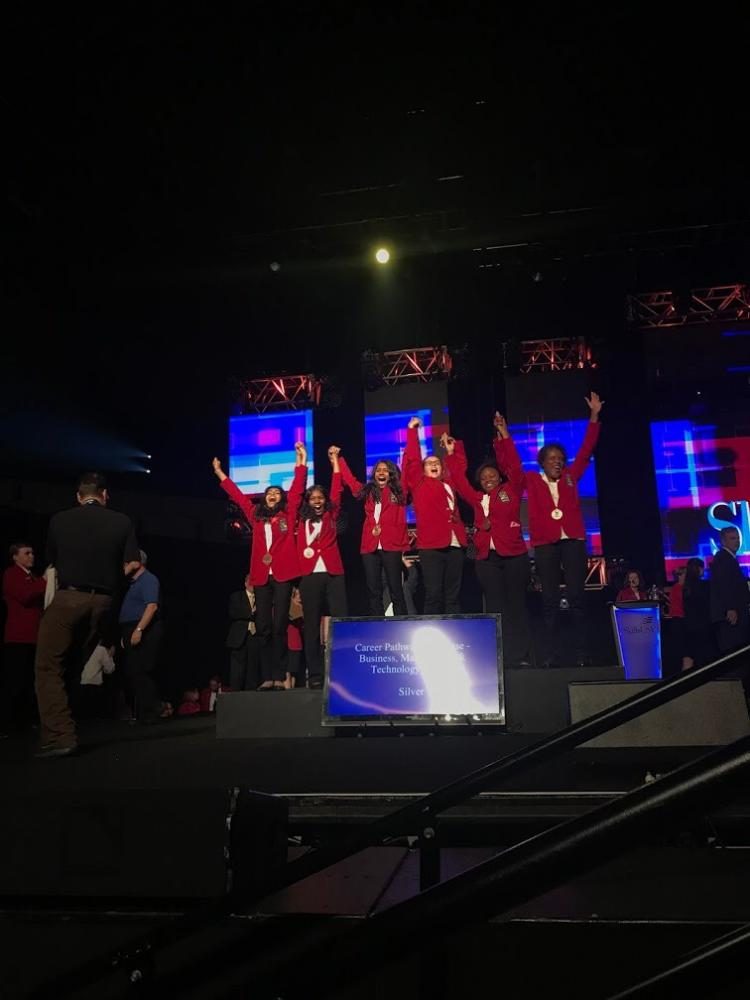 From June 19-23, over 16,000 students, teachers, and business professionals attended SkillsUSA’s National Leadership and Skills Conference (NLSC) in Louisville. The annual contest began on Tuesday with the opening ceremony, while competition commenced the following day, with events ranging from pin design to culinary arts.

Both district and state officers arrived a week earlier to take part in the Star Wars themed Texas Leadership Conference, where they had the chance to meet with other students from Texas and vote on officer positions.

“It was a little stressful at first because everyone wanted a certain position,” State Secretary Janice Oh ‘19 said. “But by the end of the camp, we all agreed that positions don’t really matter because we work as a team, so everyone matters.”

In addition to voting on officer positions, participants worked on creating speeches under a time limit and received tips on public speaking.

“There were a lot of critiques and a lot of pressure, so I was really surprised at how intense our training was,” Oh said. “I realized how enunciation, emphasizing names with enthusiasm, and speaking slowly for the audience to understand, really helped me become a more confident speaker and person in general.”

Aside from competing, students had the opportunity to meet with competitors from other states, and view tourist attractions in the city. Welcoming banners decorated 4th St., and Kentucky Kingdom, a popular amusement park, was booked by SkillsUSA as a place for participants to relax and mingle after competition. Several students were able to participate in the local pride march on Friday, June 16.

“Louisville has a history of being a very LGBTQA+ tolerant city because it has such a high LGBTQA+ population,” District 7 Vice President Grace Liu ‘19 said. “We arrived on the day of the march and just had a great time waving little rainbow flags as the people paraded down Main Street.”

Through SkillsUSA, students had the chance to interact with leaders across the nation and make new friends, while learning to become more open-minded.

“At camp, I saw many kids who came from different backgrounds and I learned that no matter what your past has been like, you can still become a good person in the future,” Oh said. “I was super inspired by the people around me.”