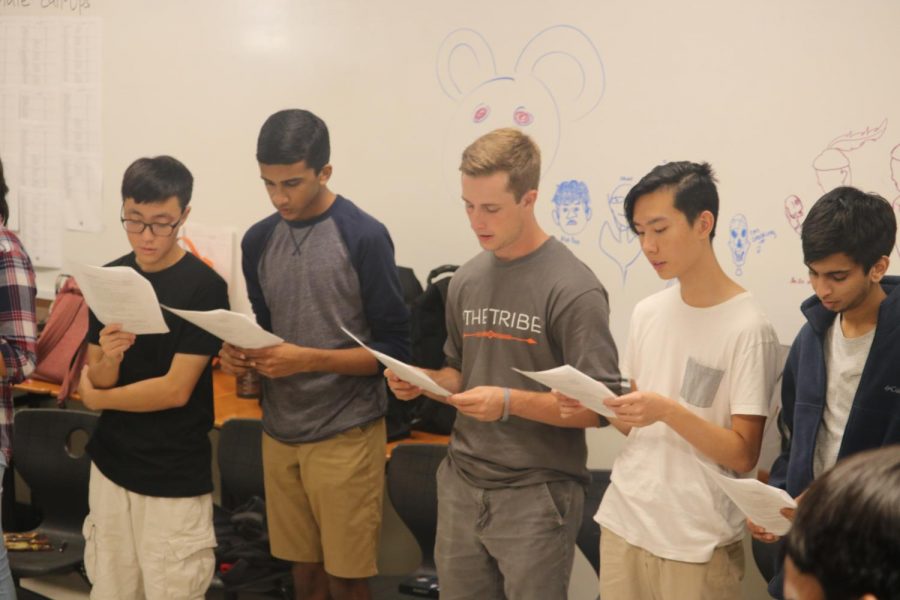 As an introduction to their unit on Shakespeare’s Hamlet, the International Baccalaureate (IB) English classes brought in Ms. Beth Burns, Creative Director of the Hidden Room Theatre, to teach methods of analyzing text through Shakespeare’s language and meter. Ms. Burns held interactive sessions during class on Oct. 12-13, where students had the opportunity to perform scenes and participate in other group activities.

With a reputation for accurate yet progressive productions of Shakespeare, the Hidden Room Theatre recently launched an educational program that involves visiting schools to host events similar to the ones in class. By bringing in Ms. Burns, teachers hoped to foster a love for the text while also raising awareness about what the Hidden Room Theatre does.

“You get bogged down in reading the text and trying to understand it intellectually,” IB English teacher Michael Quatro said, “but we also wanted to make sure that students could avail themselves the very rich, performative context in which you can really understand Shakespeare.”

The session began with a variety of group exercises to make students feel more comfortable before performing their scenes.

“I think once [students] feel like they understand it and they relax, they can find that it’s fun, but to watch people laugh and perform the language with relish and a lack of self-consciousness is just fun,” Mr. Quatro said. “Here at Westwood it’s a pressure packed academic environment, and the fear is that whenever one encounters something like Shakespeare, that if you’re not getting it right off the bat, then somehow that’s because of your deficiency.”

While reading lines out loud, emphasis was put on the emotional aspect of Shakespeare’s works, and students were encouraged to read the text in a different light.

“Before I would just read it as a novel, but now I’m reading it with moods and different structures,” Shreya Nakkala ‘18 said. “I thought it was really interesting because we never usually read with emotions, so I thought that was interesting, going through each line and understanding the deeper meaning and not just thinking of Shakespeare as old literature.”

Moving forward, students will continue to perform scenes during their IB English classes and carry with them the lessons learned from the sessions.

“Just having people up on their feet and having them say things out loud, and be bold, is really good for the IB students to do,” IB Coordinator Stephanie Childress said. “If anything, it’s a life lesson, not just a lesson about Shakespeare.”