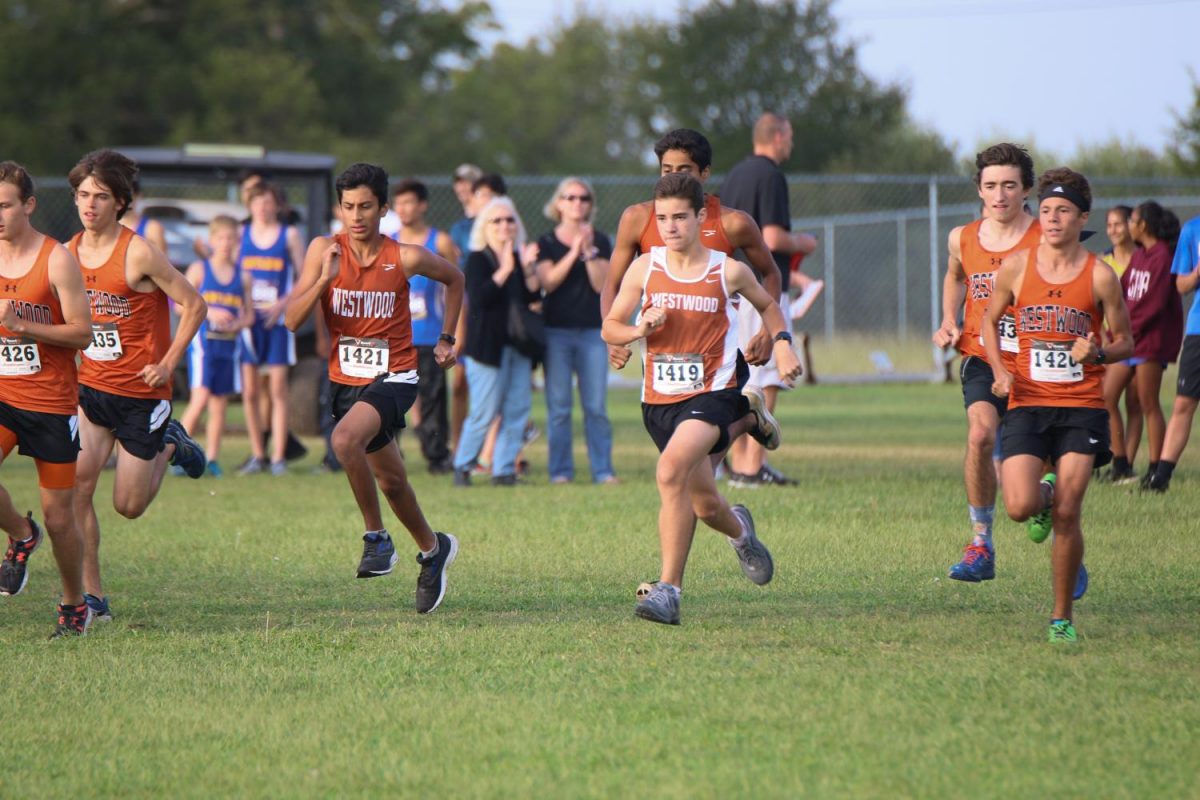 The boys’ cross country team fell short in their meet at Marble Falls. Although they had a couple of athletes either injured or sick, the Warriors fought with an unbreakable stance.

Waking up at 6 a.m. has been no easy task for these students, and showing up to a meet that had just been poured on, made the terrain even worse to endure. The running route was mainly grass and mud, which made grasping a good footing harder for the team. The morning of the meet, Marble Falls High School had changed the route the boys had to run due to flooding in some areas they were mapped to run.

“I think our team ran very well,” Zach Shrull ‘19  said, “considering the competition and the toughness of the course. We competed well with over good schools.”

Varsity runner Shrull had came down with a cold just before the meet, which made it harder for him to push himself over the finish line. This resulted in Shrull’s 5k time to be down around 1 minute 15 seconds slower than his normal time of 17 minutes. Another runner, Gavin Thomas ‘21, was recovering from an overuse injury in his knee that forced him to rest for two weeks, which also resulted in his time to be a couple minutes slower than his normal 5k time.

“I just got off an injury so I was not expecting to get a new personal record,” Thomas said. “I am going to go out and run more and train hard to get back to where I was and make sure I can do what I am fully capable of doing.”

The cross country team will continue their season with a district meet at Round Rock at 8:30 a.m. on Thursday, Oct. 5.