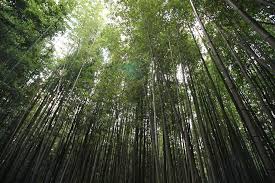 Forests of all kinds around the world have been slowly encroached upon for years, with trees falling far faster than they can be replanted. Most of this destruction is due to humanity’s need for resources, but recently a 500-year-old forest covering part of Mount Gariwang in South Korea has been cleared for one simple purpose: entertainment.

In 2018, the Winter Olympics are taking place in Pyeongchang, South Korea. A glorious event, the Games require years of planning and preparation, and billions of dollars to set up. However, something that is not a necessity — only a convenience in this case — is the destruction of ancient habitats and sacred woods.

The forest that has been put to the axe to make way for an alpine skiing course was not only home to endangered species of birds, plants, and protected species like the lynx and the flying squirrel, but also sacred to many Koreans. In the 15th century, the Korean king, who was part of the Chosun dynasty, declared the site forbidden, as this was where he grew his ginseng to preserve his longevity. Since then, locals and those all across Korea have celebrated this forest as a part of their history and culture.

Concessions have been made by the Olympic committee and the organizers of the event after a petition with over 1.2 million signatures of people angered by the destruction began to proliferate. However, replanting 1,000 trees after 58,000 have been bulldozed will not be enough according to experts like Youn Yeo-chang, a professor of ecological economics and forestry policies.

Yeo-chang also claims that the 1,000 trees set to be replanted will likely have little to no impact at all, since the topsoil will be treated with special chemicals to preserve the snow when the time of the Olympics comes. It is especially difficult, Youn notes, to replant some of the ancient trees that the forest holds because of their already delicate instability. Mount Gariwang will likely never be able to return to its former glory.

To make matters even more upsetting, there was a way that all of this could have been avoided — officials just didn’t want to take the route that would garner them less money. Not far from where the new ski course is set to be built is Yongpyong ski resort, another suitable location for the Games to be held.

Those defending the destruction of the forest claim that the committee was “simply trying to meet FIS (International Ski Federation) requirements” that state downhill events, such as alpine skiing, must be located at 2,625 feet above sea level, and the location on Mount Gariwang is the only place in South Korea that meets those requirements. Many have disputed this fact though, as it is also stated that a course can be 2,461 feet above sea level, a requirement the Yongpyong resort meets, under “exceptional circumstances.” And, as those whose signatures adorn the petition would say, preserving an ancient and culturally significant forest falls under the category of “exceptional circumstances.”

Regardless of whether or not the Olympic Committee would have declared the plight of the woods an exceptional circumstance, it is too late now. More than half the construction on the ski resort has already been finished, with thousands of 500-year-old trees being chopped down and hundreds of rare species being displaced.

The obliteration of this grand forest represents not only an issue in South Korea, a place where deforestation is already rampant, but a worldwide problem as well. If an irreplaceable and significant forest can be destroyed for the sake of a ski resort, we as a species have priorities to assess.