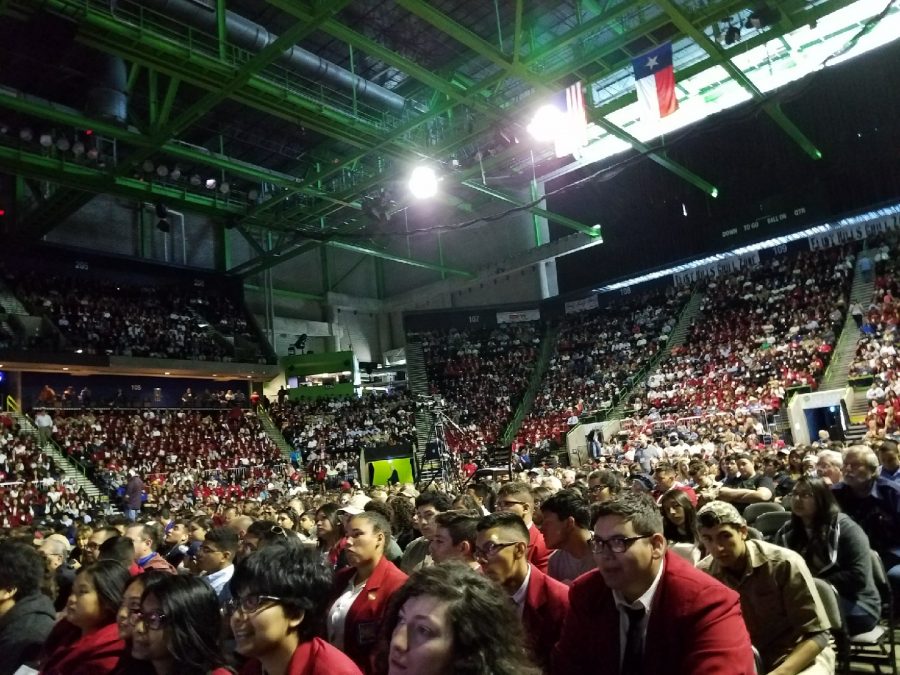 Members of SkillsUSA gathered once again in Corpus Christi from April 5-8 for their state competition. Students from all over Texas filled the American Bank Center (ABC) in hopes of making it to the next round of competition. These four days spent would determine if the students’ months of work would enable them to advance to the National Leadership and Skills Conference (NLSC) in Kentucky.

In order to attend state, students had to earn a high enough placement in their district competition. By picking their competition in the beginning of the year, students were able to competed in many different contests which they found interesting. Even though Westwood doesn’t participate in some events such as Nail Care and Masonry, SkillsUSA still provided a wide range that suits most of the students preferences.

“I liked the event that I competed in, Career Pathway Showcase, because we got to showcase what our interests were and we were able to discover new things that what we previously didn’t know about certain careers,” Navya Neerukonda ‘19 said. “Skills offers a multitude of competitions which is good because people who are interested in specific careers have specific competitions that they can compete in.”

In addition to the competitions, Westwood members ran for state office, hoping to win votes from students all over Texas. To do so, most made cards and pens to give members a way to remember them. However, only certain students, known as voting delegates, were able to vote for the person of their choice after listening to all the potential state officer speeches which mentioned their hopes and what they could contribute to the office.

“I decided to run for office because it’s my third year at Skills,” State Officer Avi Saini ‘19 said. “From the very beginning when I entered high school, it was the one club that opened its doors to me and was the most welcoming, especially with the people and members there who were willing to help me find my footing. I’ve really enjoyed every year being part of this club, where we are able to compete and shape our own career and technical education. I wanted to be part of the same organization that shaped me into the leader I am today.”

After students were done with their competitions, they roamed around close to the water and went to the Texas State Aquarium. Since it was drizzling and cold, most students stayed inside the hotel to work on homework and play board games.

“I spent my time hanging out with friends and procrastinating on all the homework I had,” Mehak Satsangi ‘19 said. “My favorite part was that we were all friends with the teachers who were really chill. When we were on the bus, we would do karaoke which was really fun.”

On Sunday, students ran into the ABC center to find their seats in order for the closing ceremony to begin. After the introduction of new state officers, juniors James Joh, Grace Liu and Avi Saini, the events were announced. A total of 11 students placed 1st, meaning they will be attending NLSC in Kentucky this June. The full list of results can be found here.