Band Brings Back Memories at Banquet 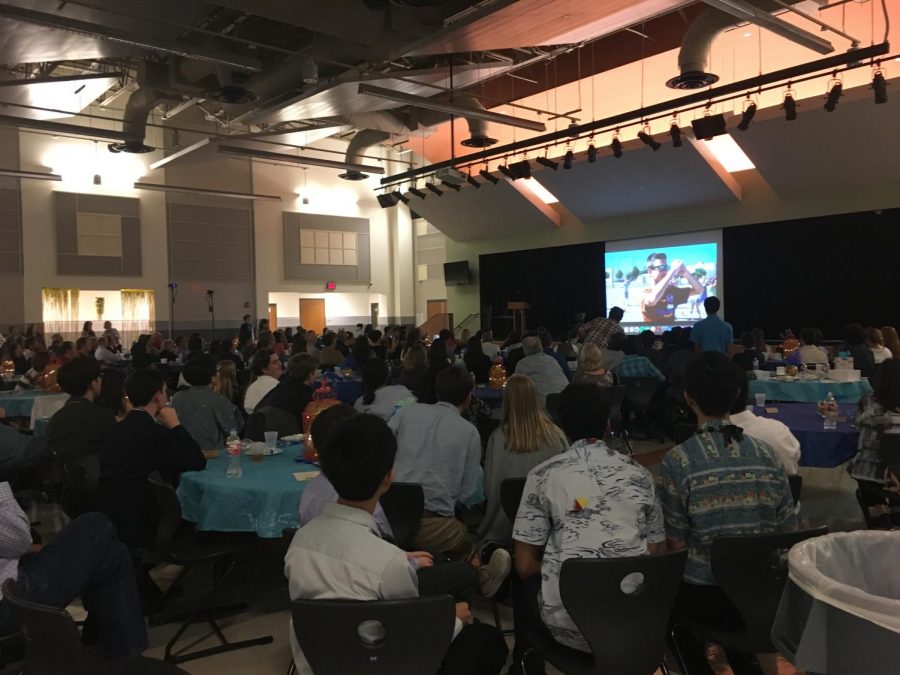 Band students enjoy a slideshow at their banquet.

All the band students gathered in the cafeteria for the 2018 Band Banquet on Friday, May 4. Banquets are a time to celebrate the seniors for all their hard work over the years. This banquet, however, was very emotional because it was Mr. Jack Green’s last one as head band director.

“I wasn’t expecting to get any [superlative awards], but I ended up getting ‘Best Dressed,’” Sophia Castaneda ‘20 said. “I thought it was funny how a lot of people thought of me for that category.”

After the students received their superlative awards, they proceeded to give speeches for each senior. One underclassman spoke, and the rest of the students who wanted to support the senior being talked about sat along the front of the stage.

“Speeches ranged from being completely hilarious to being super emotional,” Jayden Bentler ‘18 said. “My sophomore friend, Fiona Rabakukk, did a speech for me and she started crying and then I started crying. I was such an emotional wreck.”

The final speech was given by Assistant Band Director Mr. Thomas Turpin to Mr. Green. All the students sat on the stage to support him. Mr. Turpin reminisced on old memories with a poem, and brought out props such as a toy trombone and a sombrero.

“[The speech] was super emotional,” Castaneda said. “Mr. Turpin was doing his best not to cry and it was just really eye-opening to the fact that time goes by so quickly and that our days with Mr. Green as our director are very limited. I’m super happy for him, though, and I know he’ll still be living his best life in retirement.”

The evening finished off with a video made by seniors Sitasma Timalsina and Devika Patil. It showed pictures and memories from summer band camp, marching competitions, rehearsals, and concert season.

“Watching that video really took me back,” Ani Sreeram ‘19 said. “Band camp happened almost a whole year ago, but it doesn’t feel that way. But I’m super hyped for next year, because I know it’s going to be awesome.”