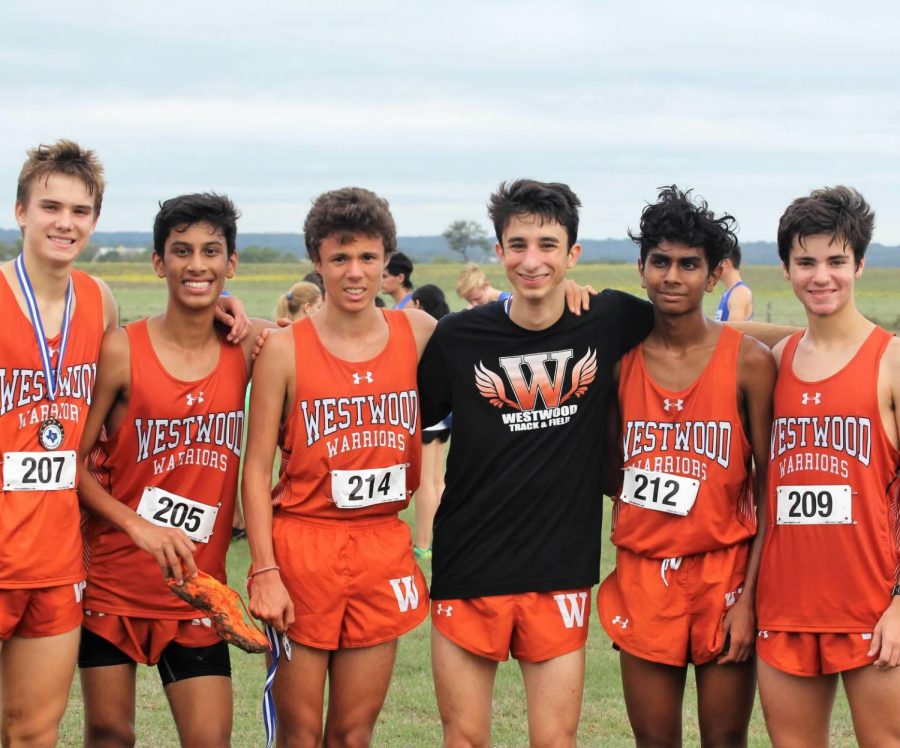 The cross country team competed in the Annual Mesquite Run in Jarrell, TX on Sept. 15. All four teams managed to come away with impressive victories on a difficult course teeming with mud and slippery surfaces.

The varsity boys took first place in a decisive win, taking five of the spots among the top 15 runners. Pablo Lomeli ‘21 finished first among the Warriors, taking third place with a time of 16 minutes and 14 seconds, followed closely by Nima Ashtari ‘20, who took fourth. Coleman Hewett ‘19 finished sixth, with Zach Shrull ‘19 crossing the line in 10th. Gavin Thomas ‘21 was the last of the varsity boys to place, finishing in 14th place. The muddy terrain caused by recent and frequent rainfall was also an aspect that made it difficult for most runners to throw down a best time.

“I didn’t PR [Personal Record], so I’m a little disappointed,” Lomeli said. “I know I could have gotten first, but I’m still happy with the team’s progress. I’ll come back next week faster for sure.”

The varsity girls had similar success, taking spots in the top ten. Ella Moss ‘22 performed well in a fast field, earning third place. Megan Luu ‘21 was not far behind, and finished the race in sixth. The girls paced as a group for a majority of the race, motivating them stay strong throughout.

“I thought I definitely didn’t run my hardest or fastest race, but the team did pretty good, so I’m proud of that,” Luu said.

Both JV teams also dominated their races, culminating a series of successful runs by the Warriors. Aidan Petratos ‘20 led the charge for the JV boys, passing several runners in the last 100 meters to finish in second place. Bryce Limbacher ‘21 and Zachary Carver ‘21 also ran strong races, placing in the top 10. The JV girls had their strongest showing of the season, with several runners such as Aubrey Flores ‘21 setting personal bests and placing in the top 15.

“I thought the course was really muddy, but we were really prepared and we came in as a team and ran well,” JV runner Adam Kelley ’19 said. “We definitely deserved this win.”

The team will begin the back half of their schedule in Giddings, TX at the Tejas Invitational on Friday, Sept. 21, hoping to continue their breakout season.