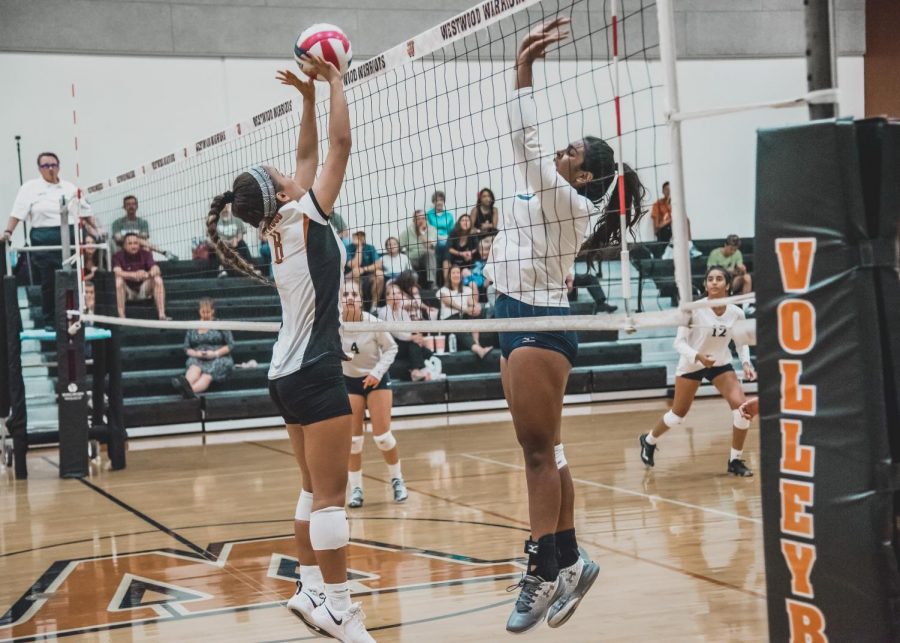 During a game full of cheer and laughter the Freshman volleyball team notched a win against the McNeil Mavericks in just 2 sets on Sept. 4.

“We felt pretty confident coming into this game,” Aria Hegde ‘22 said. “Our coach told us confidence is key, even if you think you’re not going to win, you always have to go into a game thinking that you will.”

After losing to Stony Point last Friday, the Freshman volleyball team celebrated this victory against the Mavericks.

“I feel like this is a very good win for us, and it unified us as a team,” Coach McGalliard said. “I think the girls were a little hard on themselves before this game, and they needed a confidence booster and I hope we will use this game’s momentum going forward.”