‘Sierra Burgess is a Loser’ Loses Big Time for Fans 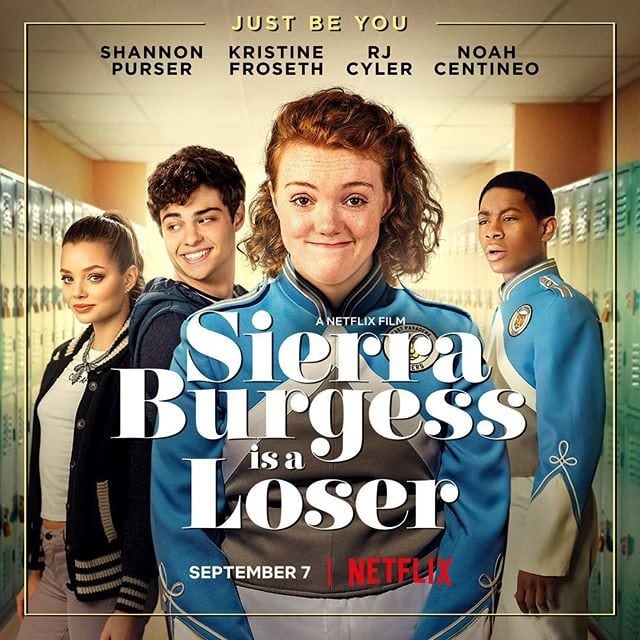 After the release of the most trending movie on Netflix, To All the Boys I’ve Loved Before, fans couldn’t wait to see Noah Centineo act again as Jamey in Sierra Burgess is a Loser, which was released on Netflix on Sept. 7. Even though it contains a powerful message about body image, many fans weren’t satisfied with what they viewed, which can be seen by critics on Rotten Tomatoes who have given it a 61% rating and the audience giving it a 43% approval.

Sierra Burgess is a Loser stars many familiar faces you might’ve seen before, one being Noah Centineo who recently became popular after playing Peter Kavinsky in To All the Boys I’ve Loved Before. Actress Shannon Purser, who previously played Barb in Stranger Things, can also be seen once again as the main character of Sierra Burgess. However, in this movie, Purser portrays a teenager who undergoes a massive amount of hate due to her style, body, and overall looks. Even though she receives this hate, she translates it into snarky comments and brushes it off. However, once Jamey accidently begins texting Sierra thinking she’s the most popular girl in school, Sierra becomes shy. She continues to hide her identity when Jamey asks to meet up with the girl he believes he is texting, Veronica. They both decide to work together to fix their relationships, which in turn drives them closer together. This storyline was weak due to their main focus being solely on how Sierra didn’t want to reveal herself which ended up dragging the story on even longer when it should’ve been finished in a couple of minutes. Furthermore, the ending of the movie left audience members furious due to Sierras behavior.

The great part about this movie was that it mentioned body positivity and being confident in who you are. As shy as Sierra was around Jamey, she was louder and more expressive through her writing and would stand up for herself. As much as Sierra wanted to respect herself for who she was, there’s only so much hate a person can handle when there are ridiculous body standards placed in society. Eating disorders such as anorexia and bulimia have become so severe and are destroying the way people think about themselves and the way that they should look to please others. Throughout the movie, Sierra faces body shaming and blames her problems on the way she looks. However, in the end, Sierra realizes that not everything is about looks but rather about who you are on the inside.

As much as the audience loved the actors, they still questioned the concept of the movie. If Sierra was a confident girl who would tell herself “you are a magnificent beast,” then why did she have to catfish Jamey for so long? The worst thing that could’ve happened was her facing rejection from a guy she had been talking to forever. Sierra should’ve been able to understand that if she thought Jamey was the kind of guy to reject her based off of looks, then he wasn’t the one. Instead, the movie is stretched out for way too long, making a negative body image into a more superficial situation.

Overall, Sierra Burgess is a Loser showcases how negative body image can affect one in their day-to-day life. Since the storyline mainly revolved around her hidden identity due to her embarrassment to showcase who she truly was, the movie exaggerated the situation more than it should’ve been. In addition, much of the movie didn’t focus on anything other than her weight and Jamey’s cluelessness, making it one-sided. However, if you want to get a good laugh and watch all of your favorite actors in one movie,  Sierra Burgess is a Loser on Netflix is worth your time.