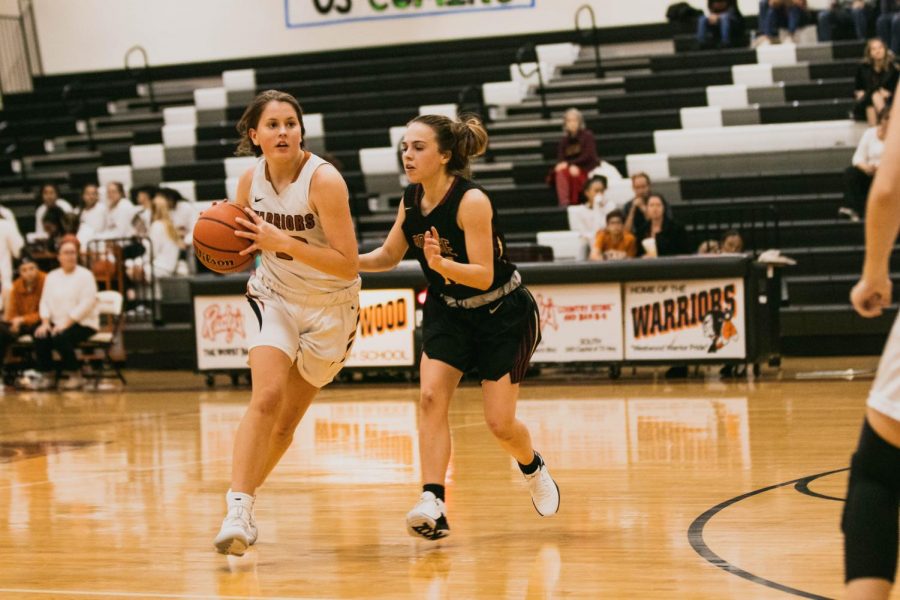 Peyton Halley '21 dribbles the ball across the court.

“I thought the game went really well, we did really well on offense and defense ” Izzy Brown ‘22 said. “And those were the things we worked on in practice, so I think we executed it really well.”

“We should’ve won by more,” Emma Zion ‘21 said. “We did better than last game though, so we are improving for the season. I thought I did okay, but I definitely could have rebounded better and finished my shot.”

During the second quarter, the Lady Warriors kept their lead, scoring 17 more points. Desi Davalos ‘22 scored five points in total. Their large lead in the first half kept the team hopeful for a win.

“Our ball handlers did a great job and we had a lot of three-point shots,” Zion said. “My ball handling could get better and I can shoot more because you don’t make the shots you don’t shoot.”

The Lady Warriors will play again on Tuesday, Nov. 20 on their home court against Stony Point.