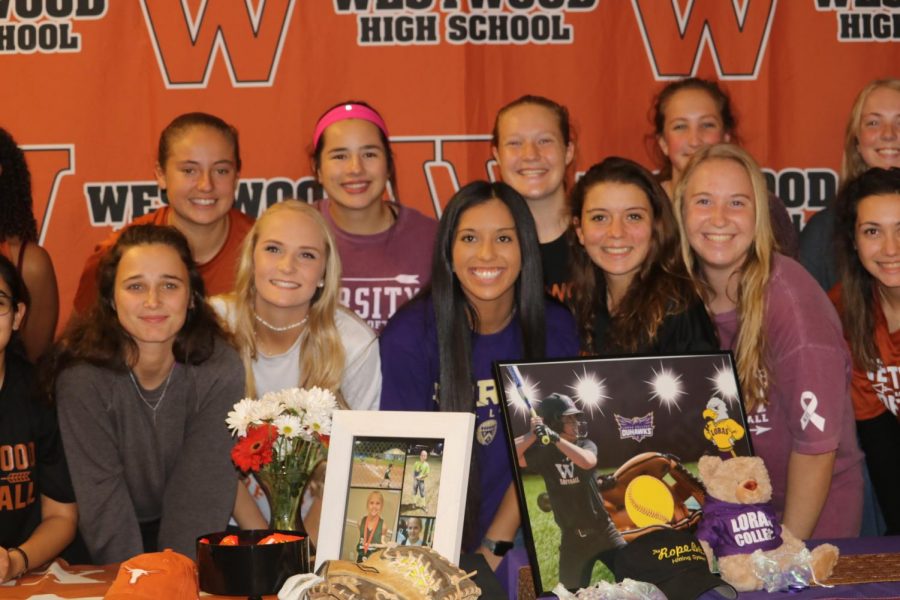 Members of the softball team stand with Seniors Alyssa Popelka and Gabby Garcia after signing.

Popelka, a shortstop selected as District 13-6A Offensive Player of the Year in 2018, committed to the University of Texas. Despite having previously verbally committed to Boston University, Popelka officially signed her National Letter of Intent (NLI) to join the Longhorns.

Second baseman Garcia, who has been selected to the All-District Second Team for the past two seasons, committed to playing for Loras College in Iowa.

“The feeling of accomplishment I felt after I signed my letter of intent was a feeling I will never forget,” Garcia said. “There was a point in my recruiting process when I thought I would never find a school I liked. I visited many schools but I never had the ‘this feels like home’ feeling. It wasn’t until I visited Loras that I finally had that feeling.”

In addition to fulfilling key roles together on the Warrior softball team, Garcia and Popelka are also teammates at a club team.