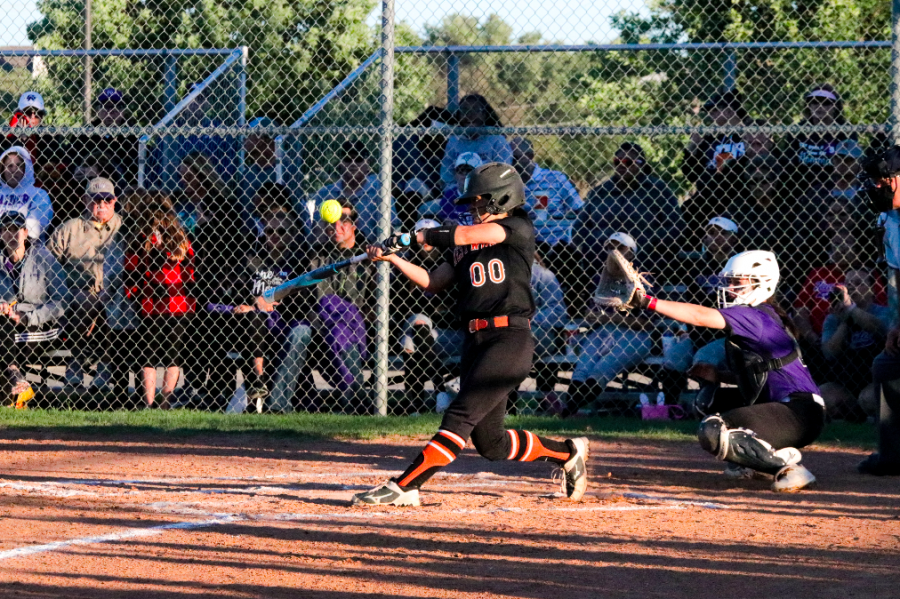 The varsity softball team squared off against the Cedar Ridge Raiders for their Senior Night game on Thursday, April 18. Before the first pitch was thrown, the Warriors honored seniors Alyssa Popelka, Chelsea Terranova, Haily Lozano, and Gabby Garcia for their contributions over their time with the team.

“I was sad because I knew it was the last time I would be playing with the girls I’ve played with for four years and had seen every day going through practice with them. I wanted to give it my all during the game for my team and lay it all on the field,” Popelka said. “I’m excited for my next adventure, but Westwood Softball has been a place where I could be myself and have fun for the past four years.”

The visiting Raiders opened the scoring in the top of the first inning with a two-RBI double and an RBI single to give them a 3-0 lead. The Warriors responded in the bottom of the inning with Garcia hitting a sacrifice groundout to bring Popelka home, making the score 3-1. Cedar Ridge was able to add four more runs in the second inning, while holding the Warriors without a hit for the next two innings, altering the score to now read 7-1 in favor of the Raiders. In the fourth inning, the visitors tacked on five more runs, extending their lead to 12-1. Terranova ended the hitless streak with a single, and after a steal on a wild pitch and a groundout where she tagged up to  third base, Elizabeth Joyner ‘22 brought her home with a sacrifice groundout to make the score 12-2. In the fifth inning, Cedar Ridge added another run and the game concluded after the Warriors failed to produce another run, with the Raiders prevailing 13-2.

The Warriors now head into the offseason, looking to train for their next campaign.