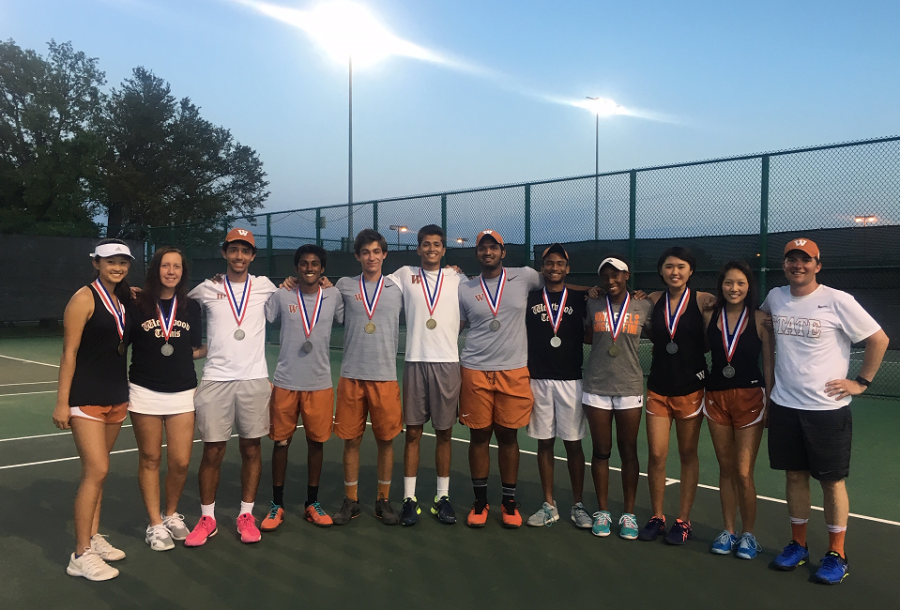 The Regional qualifiers pose with their medals. Photo Courtesy of Coach Travis Dalrymple

Riding the wave of success after the varsity tennis team took the State Championship title in team tennis, the team continued to play lights out at the district tournament from Wednesday, April 3 to Thursday, April 4, clinching seven out of 10 regional qualifying spots.

“This year I played mixed doubles with Kiana Graham and it was fun to play with her. In regionals, it looks like we might have some tough competition, but I’m looking forward to playing those matches and just playing hard,” Gaurav Singh ‘20. “Hopefully I can pull off the win and get to state. Obviously it’s different because there’s different strategies but for the most part it was fun and I played mixed doubles for a lot of the tournaments this year, so I was pretty used to it by the time districts came around.”

The following players will be moving on to the Regional Tournament from Wednesday, April 17 to Thursday, April 18 at Baylor University.