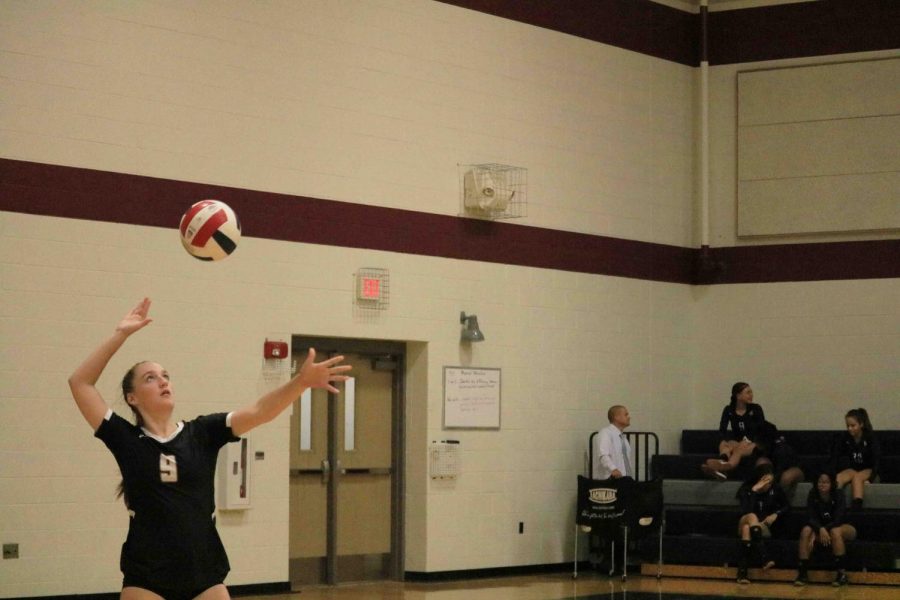 The JV White volleyball team won 2-0 against the Hendrickson Hawks away from home on Friday, Sept. 13. The match consisted mostly of short, quick plays, and the Warriors displayed swift communication.

The Warriors held a strong lead over the Hawks for the entire first set with skilled serves and teamwork. Catie Duff ‘22 ended a long rally with a spike. Abbey Jennings ‘22 delivered two powerful serves consecutively, including an ace that the Hawks failed to receive. Allie Shepherd ‘22 also served five times in a row before a point went to the Hawks. The first set went to the Warriors 25-15.

“In the first set, our energy was a lot higher and we were really playing up to our level,” Aria Hegde ‘22 said.

“We realized that after a few points they were trying harder and that we were playing easier,” Duff said. “Then we realized that this was not okay, and we moved back into the zone.”

The Warriors’ next game will be at home against the Vandegrift Vipers on Tuesday, Sept. 17.