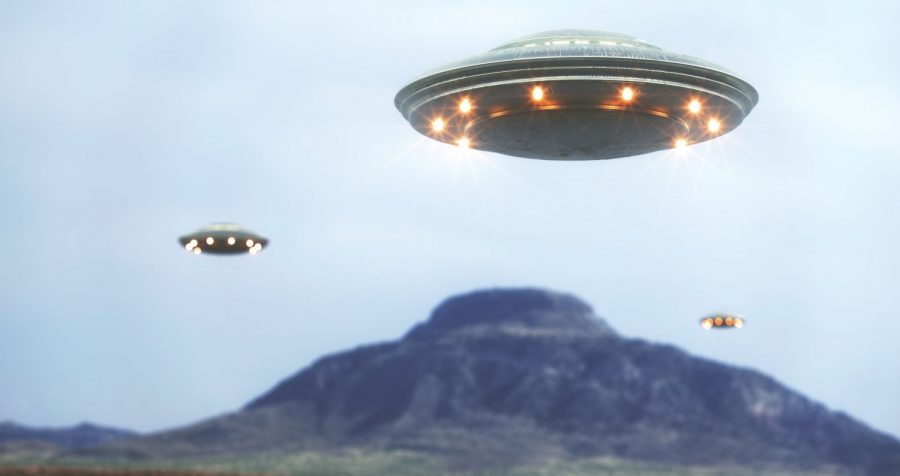 DISCLAIMER: This article is a work of satire, is intended only for entertainment purposes, and is not to be taken seriously.

Back in June, an event on Facebook entitled “Storm Area 51: They Can’t Stop All of Us”, which initially began as a joke, spiraled into a worldwide phenomenon, with thousands of people signing on to participate in this raid. Now, the fateful day has officially arrived. Hayden Swanson ‘21 reports live from the scene as the raid comes into motion.

8:00 a.m.-
The raid will begin in one hour. Thousands of people have arrived, including former presidential candidate Al Gore. Allegedly, he has been pacing back and forth mumbling under his breath about “reuniting with his people”, and is also uncontrollably wheezing. Tents have been pitched all along the perimeter of Area 51, and off in the distance, several members of the National Guard have been spotted prepping for the assault. Chipotle has arrived to hand deliver burritos to all raid participants, which has visibly angered all Digiorno executives present. Jeff Bezos, CEO of Amazon, has been spotted striking some sort of deal with a Digiorno executive, which makes us all nervous.

8:30 a.m.-
The raid will begin in 30 minutes. Elon Musk has arrived on the scene, bringing a squadron of Teslas armed with Teslas. He addressed a crowd of raiders earlier, claiming he was ready to finally “see them aliens”. People claimed to have spotted Bigfoot among the raiders, though this was soon debunked when it was realized that “Bigfoot” was actually just Nicolas Cage, who had gone a while without shaving.

8:45 a.m.-
A military chief has appeared standing on a soapbox equidistant from the camp and Area 51. He delivered a stern warning to all of the raiders, claiming that if anybody charged at 9:00, the National Guard would show no mercy. Just then, somebody chucked a potato straight at him, clocking him right in the temple. No more contact from the National Guard has been made.

8:55 a.m.-
The tensions in the camp are at an all-time high. Mysteriously, the sun has not changed position since 8:00, and bizarre storm clouds have begun circling the area. Brian Niccol, the CEO of Chipotle, has attempted to calm people down by bringing in the guacamole buffet, but this seems to be having the opposite effect. Florence Henderson was spotted at the guacamole buffet attempting to steal nachos, which has confused bystanders considering she died three years earlier. The raid will begin soon, and now people are lining up at the border of the camp.

9:00 a.m.-
The raid has begun. The MLG air horn sound signified that it was time to charge, and the Teslas lead the way. Behind them are the Naruto runners. Someone has used the mighty power of the auxiliary cord to blast some fresh tunes while the battle commenced. Songs on the “Area 51 Raid Playlist” (courtesy of Spotify) included Immigrant Song by Led Zeppelin, Welcome to the Jungle by Guns N’ Roses, Toxic by Britney Spears, Gangnam Style by Psy, and I Will Survive by Gloria Gaynor. Casualties are at an extreme minimum, and it looks like the only fallen raider is Florence Henderson. Wait, never mind. She just got back up, and in a flash of unholy green light, healed herself of all of her wounds.

9:30 a.m.- The National Guard has surrendered. Elon Musk, along with a handful of other raiders, has entered Area 51.

10:00 a.m.- A raider has emerged from Area 51 claiming he can now see the future. Here is a list of his predictions for the next ten years:
-The Jonas Brothers will vanish over the Bermuda Triangle next December.
-Donald Trump will lose the 2020 election to Guy Fieri, who officially renames the country to the United States of Flavortown. Paula Deen is his vice president, making her the first female vice president in American history.
-The alligator will go extinct when it is over-hunted for ingredients to the latest flavor of Gatorade.
-Humans will arrive on Mars in 2024, much earlier than initially anticipated. When they arrive, they will discover that there is, in fact, life present, and it is just Garfield. Lasagna will become Mars’s most profitable import.
-A trend started by Secretary of State Howie Mandel sees half of the planet shaving their heads.
-Greenhouse gas emissions will become so strong that by 2029, Earth will become inhabitable.
-Sea World makes a redemption when it debuts a water show featuring the now deemed immortal Florence Henderson.
-The 47th president of the United States will be Bernie Sanders, who is president for a solid couple of months before the Great Walmart Revolution begins.
-Westwood High School is bought out by Denny’s and becomes the hit tourist attraction known as Mega Denny’s.

11:00 a.m.- Aliens have emerged from Area 51. They resemble cheetahs, but are an incomprehensible shade of purple, and speak fluent Pig Latin. They delivered a speech that when translated, said “We thank you for your bravery, raiders. Because of you, we are now free. We’ve been trapped here for 243 years. Now we can return to our home, which is your moon.” The raiders saw them off with a wave as they all departed to the heavens in a purple beam. Thus, the raid came to an end and has changed American history for the better.

12:00 p.m.- Fox News claims that none of the above information ever happened.

12:30 p.m.-CNN claims that none of the above information ever happened.

12:45 p.m.- The White House has released an official statement stating that the events that people claimed have transpired at Area 51 are all completely fictitious and that all reports not coming from “reliable” sources should be disregarded as false. However, anybody who attended the raid knows what really happened. Elon Musk has stated publicly that “the real Area 51 Raid was the friends we made along the way.” Perhaps the general public will never really know what transpired today, and maybe that’s for the best.