Support Local Animals Up For Adoption 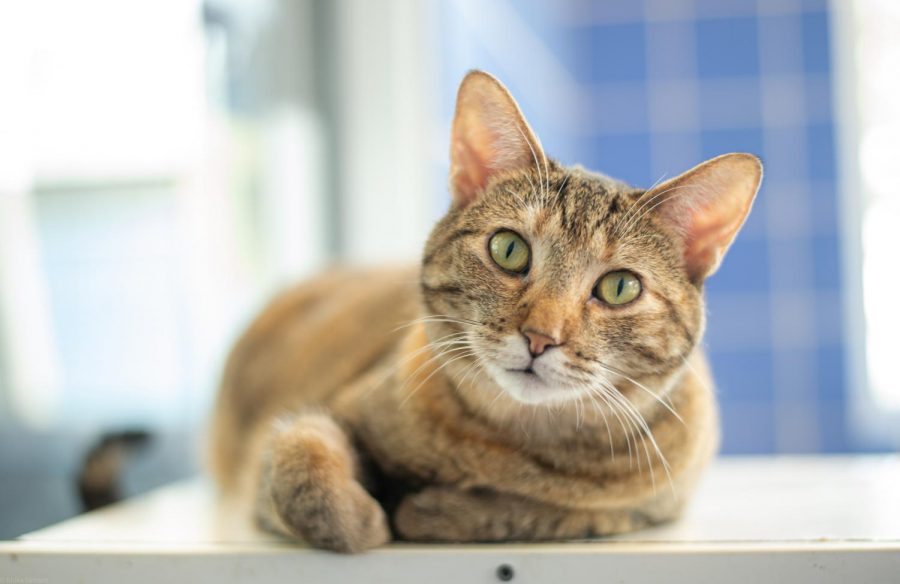 Phyllis the 1 year old brown tabby looks at looks at a piece of chicken. Unlike most cats, Phyllis loves begging for food, if someone has food in their hands she will rub against their legs and meow.

The Austin Animal Center welcomes 15,000 animals each year, making them the largest No-Kill animal shelter in the United States. The shelter has a 98 percent live outcome rate compared to the 71 percent live outcome rate statewide. It is vital for people to support animal centers by adopting, fostering, volunteering, and donating to shelters to improve live outcome rates for their animals.. If you are looking for ways to support the shelter, or simply looking for a new pet, here are a couple of animals currently available for adoption at the Austin Animal Center.

Cher is a 5 year old female pitbull mix. She entered the Austin Animal Center as a stray on Saturday, Aug. 31 and  has been living at the center since. Cher’s friendly personality shows no signs of her past history of abuse and neglect. As Leslie Padia, a shelter volunteer, and I walked with Cher we realized that she was drawn to anybody that we encountered. Cher seemed especially drawn to kids, happily sitting in one spot while they pet her. Even when we let her off leash in a play yard, Cher seemed to constantly stick to Padia’s side despite her abundant space.

“[Cher] is so people friendly, and sweet, she also seems like a very calm dog, although it is pretty hot out,” Padia said. “From what I am able to see, I think she would do well in a home with kids, and I am not sure but she has not reacted to any dogs that we have walked past.”

“From the looks of her, unfortunately, it seems like someone was using her for breeding,” Padia said. “I think she has had several litters of puppies, and this is all speculation but based on the body type she has, a lot of people are breeding pitbulls who have her body conformity: lower to the ground, from what I understand is not healthy for dogs to be bred for that, but she’s got it, so I think someone was breeding her because she’s got that look.”

Phyllis is a female 1-year-old brown tabby who entered the shelter on May 5, 2019. Phyllis is part of the “Desperate Housecats” program, which specializes in helping cats that are often overlooked by adopters. According to her profile, Phyllis is especially friendly with other cats but scared of dogs. She leans towards the shy side, and is fiercely independent, but nonetheless very sweet.

“Phyllis is the independent and laid-back cat of your dreams,” a volunteer at the Austin Animal Center said. “She loves doing her own thing but you will definitely see her when it’s time to eat: her favorite time of the day is mealtime. She loves rubbing against her favorite people and getting pets.”

If you want to add a new member to your family always look at animal shelters first. There are so many quirky animals that need loving homes, animals whose unique traits can’t be found in the animal breeding business. The next time you are at the Austin Animal Center be sure to say hello to Cher and Phyllis.