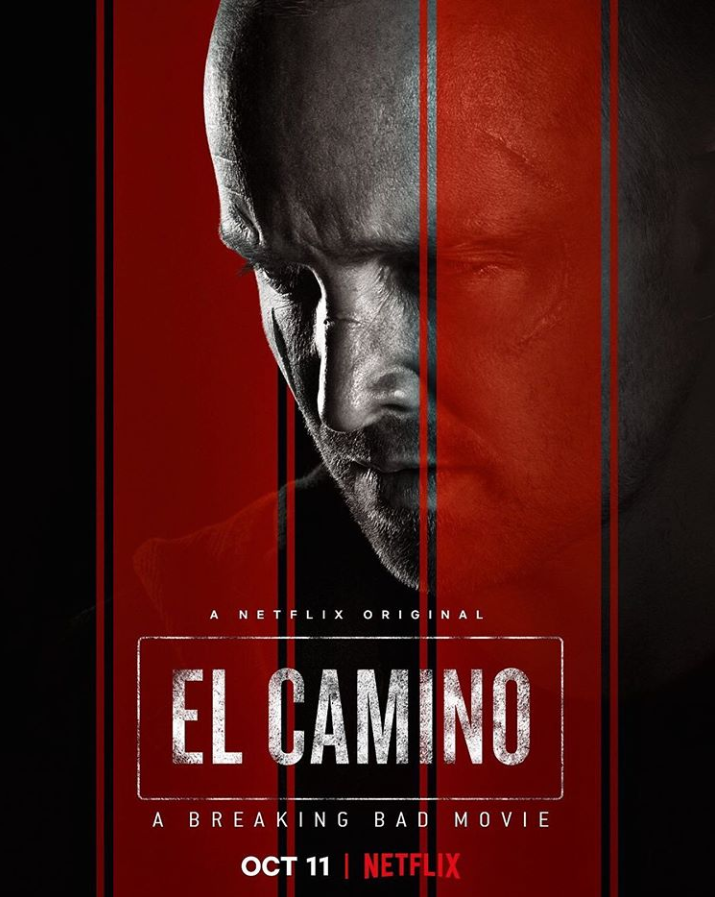 It has been six years now since AMC’s award winning television series Breaking Bad came to a climactic end, leaving several questions unanswered and prompting fans to crave more. Creator Vince Gilligan finally fulfilled their dreams with El Camino: A Breaking Bad Movie, a Netflix exclusive epilogue to the beloved show. The movie was released worldwide on Netflix and at select theaters on Friday, Oct. 11, and one of the biggest questions the film would answer would be whether or not it ended up living up to all the hype surrounding it.  Unfortunately, El Camino ended up falling short of the hype and proved to be a completely unnecessary, somewhat soulless and lazy cash-in on a franchise many hold dear to their hearts.

Breaking Bad and its spin-off, Better Call Saul, are both renowned for their outstanding world development and cinematography while also managing to keep up with an engaging story. Despite being vastly different in a lot of ways, the two shows are incredibly alike when it comes to production. Even though the same creative team also worked on El Camino, it doesn’t feel nearly as well put together as its predecessor shows. It almost feels like it was made by entirely different developers who attempted to replicate the feel of the shows, but came up a little short. It’s unclear why exactly this is the case as the creative team is known for its craftsmanship and attention to detail, and the entire movie just comes across as rushed. It also certainly doesn’t help that the entire movie relies solely on nostalgia for Breaking Bad, making it full of irrelevant callbacks and cameos. The cameos in particular are some of the more distracting and frustrating parts of the movie, as it would work just fine without a vast majority of them. They add nothing to the story and only seem to be there to fill out the runtime of the movie. Many actors who cameo have aged significantly and no longer look the same as their character in the original show, and since the movie makes no attempt whatsoever to cover that up, it can be very distracting and take the viewer out of the experience completely. This is easily the laziest part of the movie.

Most of the Breaking Bad cameos appear in flashbacks, meaning that there isn’t actually very much new story. One cameo in particular vastly overstays its welcome and wastes a lot of time that could’ve been used to better further the plot. Very little happens during El Camino’s two hour runtime and the random assortment of events that transpire are not compelling or interesting, and don’t come close to feeling like any of the earth shattering storylines that Breaking Bad is known for. The movie’s ending is also abrupt and unsatisfying, tainting the otherwise perfect finale of Breaking Bad.

El Camino: A Breaking Bad Movie is still worth a watch for fans of its predecessor who crave more from the franchise, even if it brings absolutely nothing new to the table and is, in general, uninteresting and unnecessary. Breaking Bad’s ending will likely prompt many new fans to watch this movie, and that’s unfortunate, as it’s likely to leave a sour taste in their mouths about the whole show. Perhaps it would’ve been better for the questions raised by Breaking Bad’s finale to remain unanswered.