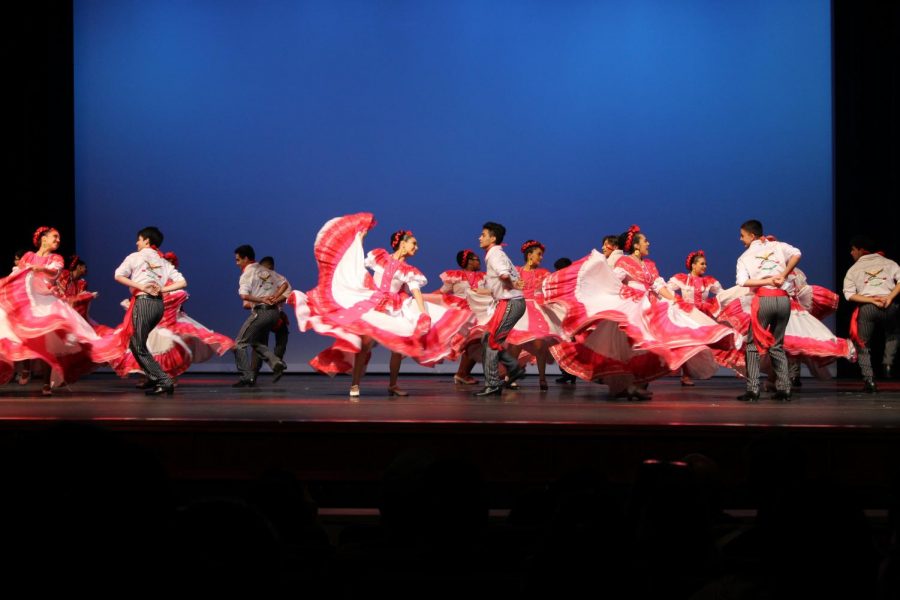 Hispanic Heritage Month, which takes place from Sept. 15 to Oct. 15 is a month in which Hispanic and Latino Americans are recognized for their contributions and their important presence in the United States.

Originally, this celebration was only one week long, but it has since expanded to a full month. It’s celebration dates back to 1968.

The groups danced to emphasized the regional culture, and used different clothes that represented the traditional costumes of Mexico. The show lasted two hours with fifteen minutes of intermission in between acts.

Irini Skevofilax ’22 danced with the company of Guzman Ballet Folklorico. For her, being part of this group keeps her connected with her Hispanic heritage.

“The group is very tightened in and everyone speaks Spanish and we have dinner together sometimes,” Skevofilax said. “ Through that, I’m able to make friends that are Mexican as well.”

This dances represented the culture of Mexico and its roots, and it taught people from different parts of the world about the importance of dance to them.