This Thanksgiving, Don’t Let the Holiday Disguise the Truth 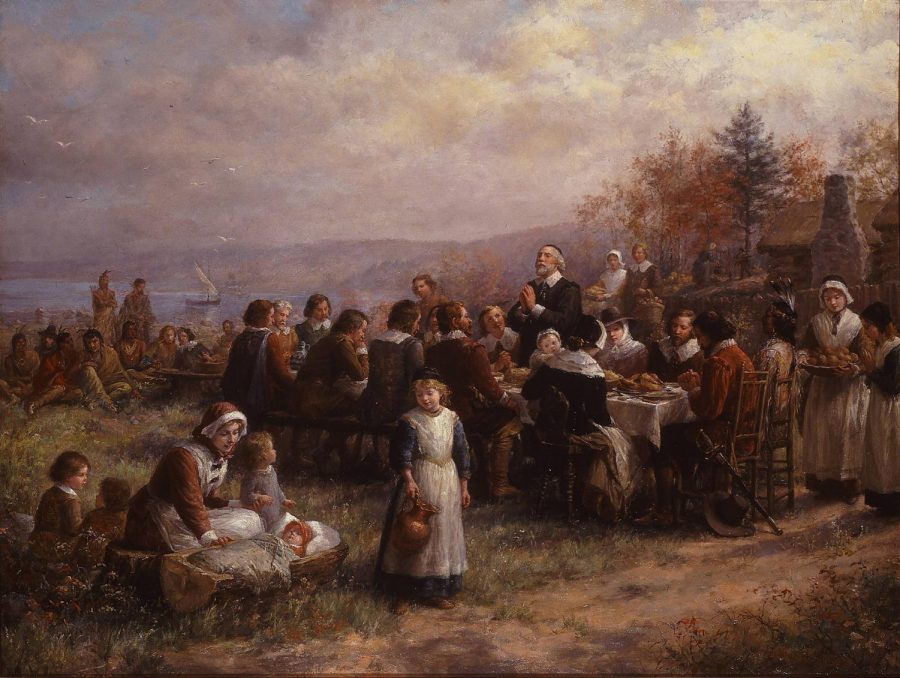 In the coming week, students in elementary schools across the country will begin to learn the traditions and causes of America’s second most celebrated holiday, Thanksgiving. As an American with roots elsewhere on Earth, Thanksgiving appealed to me most among a myriad of other holidays, as it offered such an appealing story about the foundation of our country, and an inclusiveness and “Americanness” holidays like Christmas and Easter simply couldn’t match.

In my childhood, I remember being riveted by vivid tales of starving pilgrims, graciously nurtured through a frigid winter by friendly Native Americans, who taught the naive newcomers how to hunt, fish, and grow crops. I recall reading tales of the generous and godlike Squanto, who appeared from the woods and spoke with the Pilgrims using perfect English, uniting the two peoples.

This camaraderie culminated in a three-day feast known as the first “Thanksgiving,” where the Native Americans and Pilgrims expressed their gratitude for one another and their hopes of an enduring relationship. In today’s Thanksgiving celebrations, we often lose sight of the original purpose of the holiday, instead falling into the cultural rush of turkey, parades, feasting, and football games.

Reading the story of Squanto years ago, probably none of us stopped to contemplate what happened to him and his humble tribe following the Thanksgiving festivities. There’s a dimly lit period in America’s history in the stretch between the arrival of the colonists in 1620 and the American Revolution in 1775 which is often glossed over. The story of Thanksgiving is actually a pretty bleak one and marks a sort of “beginning of the end” for the Native American way of life. After the Pilgrims dropped their anchor at Plymouth in 1620, thousands of other Europeans followed. Disease wiped the Native American population to 10 percent of its original size in three years, courtesy of a plague spread by the new colonists which they simply labeled “Indian fever.”

50 years after the Plymouth landing, the lighthearted relationship between colonists and natives we stereotype today had converted into an ugly quarrel as tensions boiled over, leading to several attacks from both sides in the New England area. The conflict was soon dubbed “King Philip’s War,” named for the Wampanoag chief at the time. The three years of fighting ended in 1678 with the killing of King Philip, whose head was staked on a rod and displayed at the very same place in Plymouth where the colonists and natives had happily shaken hands and feasted together merely decades ago.

Today, I can’t help but notice how our increasingly harsh treatment of immigrants and minorities mirrors that of the story of Plymouth. While our Statue of Liberty broadcasts “give me your tired, your poor, your huddled masses yearning to breathe free,” the emptiness of this promise becomes clear once the realities of immigrant life present themselves. We’ve alienated Muslim countries for no reason other than their heritage, and restricted the ease of immigration, both legal and otherwise, diluting the diversity of America with quasi-white nationalism. Though Thanksgiving boasts of America’s undying loyalty to diversity and inclusiveness, our history frequently betrays this idea.

Thanksgiving shouldn’t simply be celebrated as a successful attempt at cultural unity, nor should it only be remembered for the carnage and destruction of an entire culture. The holiday still holds commemorative value and is a perfect moment for reflection, both on one’s personal history and on the story of the country’s creation, a creation contingent on the open acceptance of different cultures. We are nearing the 400th anniversary of this holiday that has given immigrants and Americans alike a chance at sharing a common story, just as Pilgrims and Indians did centuries ago. No matter who you choose to celebrate the fourth Thursday of November with, be it your family or your friends or yourself, remember not only the feasts and the football, but also the struggles and sacrifices faced by native people to pave the way for us, and give thanks to that too.