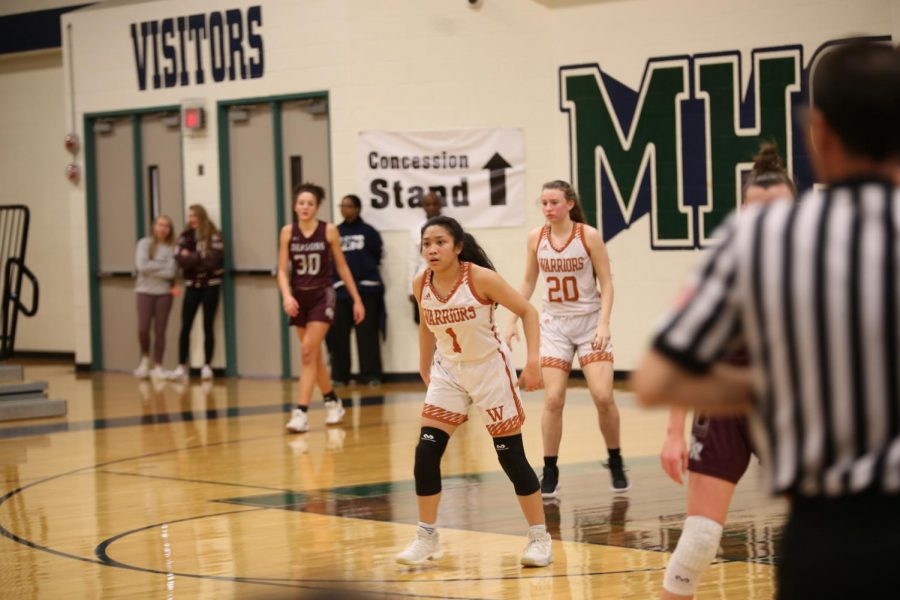 The varsity girls basketball team fell to the Cedar Park Timberwolves 53-38 in their first game of the season on Friday, Nov. 8.

The Warriors started strong with two three pointers and a two pointer scored by center Ginna Grant ‘21, but the Timberwolves took a small lead in the first period ending it at 11-8. In the second period, guard Anisha Chintala ‘22 stole the ball and ran to the basket, scoring a two pointer, followed by guard Serena Barauah ’21 scoring but they were still unable to pull ahead.

“I think our mistakes were not communicating, giving up in the game, and not playing all the way through,” Guard Gabby Wallace ‘22 said.

During the last half of the game the Warriors fought hard, but the aggressive Timberwolves held them back. Power forward Desi Davalos ‘20 made multiple three pointers and Grant scored many free throws but Cedar Park kept the ball to their side and made more points. Despite their best efforts, the Warriors lost the game 53-38.

“We worked really hard in practice but we didn’t show them what we’re made of tonight,” Guard Annalise Galliguez ‘20 said. “But we can only grow from here.”

The Warriors will take on the Shoemaker Grey Wolves at home on Tuesday, Nov. 19.