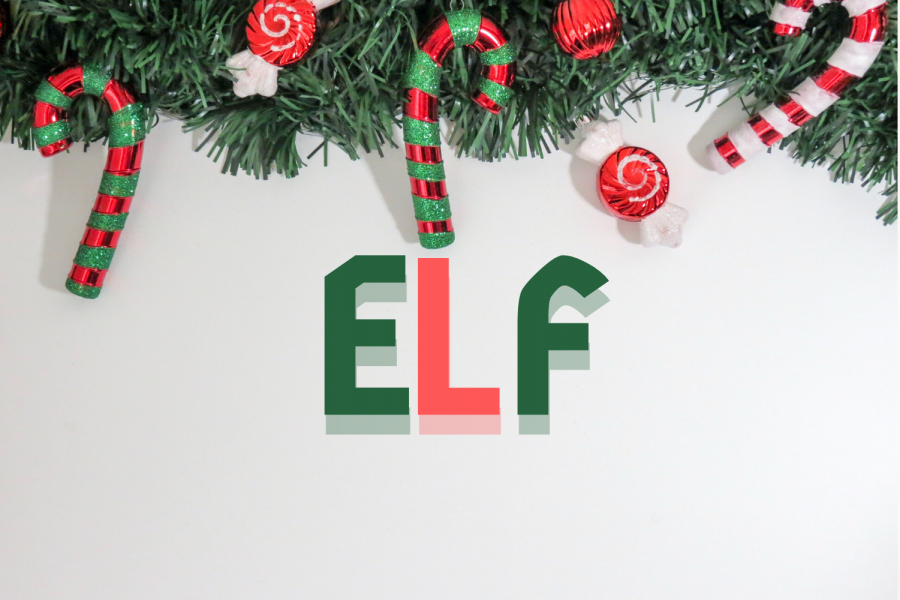 'Elf' features familiar faces such as Will Ferrell and Zooey Deschanel, and is directed by 'Iron Man''s Jon Favreau. Graphic by Yunoo Kim.

It’s nearing Christmas, and you’re doing some sluggish, last minute shopping. Out of the blue, an adult man, fully dressed as an elf, comes up to you and asks if you have seen his father. What would you do?

As absurd as it may sound, this is the plot of Elf, a 2003 Christmas comedy film starring comedian Will Ferrell as Buddy the Elf and actor Will Caan as his father. While it does not exactly possess a novel plot, it is undeniably one of the most famous holiday films of all time, as it appeals to all age ranges. Like any proper Christmas film, its main subject is the importance of holiday spirit, and it uses its witty, ridiculous storyline to drive the message home. Throughout the film, the protagonist had me laughing uncontrollably or wincing from second-hand embarrassment while still maintaining the Christmas theme.

This bizarre protagonist is Buddy, a man that was raised as an elf in the North Pole, though he lacks the natural skill and diminutiveness of the common toy-making elf. After finding out that he is in fact human, he excitedly sets out on a journey to find his father in cold, repressed New York City. Between his overly optimistic attitude and unfamiliarity with the human world, he sticks out like a sore thumb, and his father is less than thrilled to learn of Buddy’s existence. Nevertheless, Buddy manages to stir up excitement, find love and family, and both cause and avert various crises, all before Christmas day.

While Elf is by no means an emotionally heavy film, it is still moving. The film has a unique charm that makes the viewer feel included in the scene, relearning true Christmas spirit along with the supporting characters. Whether he’s accidentally starting a dance party in a depressing mailroom, completely redecorating a department store without permission, or pouring maple syrup and sprinkles into spaghetti, happy-go-lucky Buddy seems to pull you along with him into his carefree, childlike mindset. Even I was singing along by the final scene, in which New Yorkers of different backgrounds come together for a simple Christmas carol in the snow, putting aside their responsibilities to just enjoy the holiday. Much like its free-spirited main character, the movie itself has a frantic, magical energy that can light up even the dreariest of New York landscapes.

The only aspect that I would criticize is the lack of complexity in Buddy’s romance with cynical department store worker Jovie, portrayed by Zooey Deschanel. While they get off to a rough start, I feel like the rest of their relationship isn’t fully explored and advances too smoothly, despite some viewers categorizing Elf as a romance movie. However, the simplicity and innocence of the new couple fits the tone of the movie, and the two are perfectly suited for each other. Buddy seems to help Jovie get in touch with her more cheery, enthusiastic side, while Jovie accepts Buddy’s oddities and helps him to mature as a human. Besides, family is by far a more prominent topic in the movie when it comes to love. While he is very much loved by his adopted elf dad, Buddy is initially rejected by his biological father, who goes so far as to have a DNA test done to prove that they are not related. His half-brother and stepmother have some doubts about him as well, but they warm up far quicker to his unique skills and personality. One of the most memorable scenes in the movie is when Buddy’s father finally realizes that his priority is his loved ones and not his job, eventually allowing the strained family to reconnect with each other. It serves as a reminder to the audience that care and compassion will always be of more value than money and materialistic security.

While it is aimed at children and produced by adults, Elf is a film that can also reach out to teenagers and show them that no matter how busy and hectic life is, Christmas is all about taking a step back and enjoying time with family. So, if you are looking for a feel-good film that’s both heartwarming and humorous, Elf is the perfect Christmas film for you.