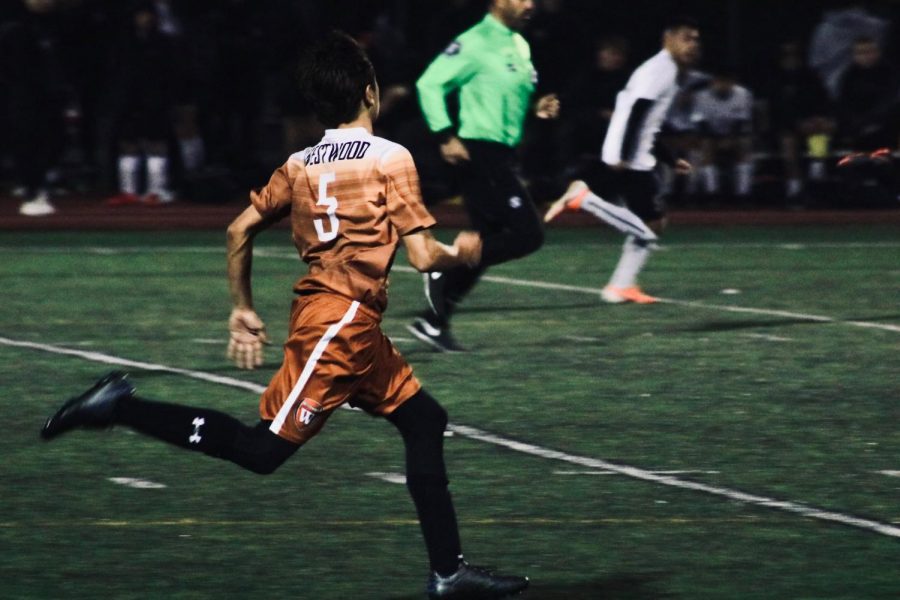 Victor Brown '21 runs towards the ball.

The JV orange boys’ soccer team defeated the Vista Ridge Rangers on Friday, Jan. 17 with a score of 1-0. The teams had to play hard and fight to make the victory, but the only goal of the game wasn’t scored till the last 10 minutes of the second half.

“The other team was tough, but we could plan better the strategy and thanks to that, win easily.” Jorge Cazares ‘22 said.

When the Warriors finally scored, everyone started to scream and jump with excitement.

“It was so exciting.” Andrew Bailey ‘22 said. “ It was a hard game for both of the teams, and when he [Kiyan Tavasoli ‘22] scored it was like a wave of relief coming over us, because we felt like we really deserved it.”

At the end of the game, the Warriors joined together to celebrate their victory, and coach Devin Hughes congratulated his players.

“The other team played really tough.” Coach Hughes said. “They had really good strikers, some really good players. They did a really good job closing up space on us on the midfield, but we were able in the second half to settle in and able to get some really quick passes and find some space to score the goal.”

The Warriors will next face the Round Rock Dragons away from home on Tuesday, Jan. 21.