‘To All the Boys: P.S. I Still Love You’ Proves to be Sweet Seasonal Sequel 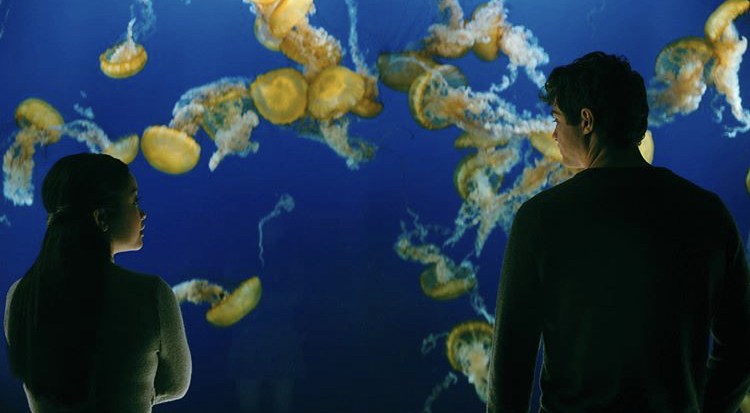 Lara Jean and Peter share a melancholy scene at the Portland Aquarium. Photo Courtesy of @toalltheboysnetflix.

Love is in full bloom in To All the Boys: P.S. I Still Love You, coming out just before Valentine’s Day as a sequel to the popular teenage romance film To All the Boys I Loved Before. It is an adaptation of Jenny Han’s young adult novel P.S. I Still Love You, the second book in her trilogy. Released on Netflix, the film was highly anticipated due to the success of its predecessor. Though it is just as lively and crisp, the sequel lags behind the first movie when it comes to plot.

The movie once again features sixteen-year-old Lara Jean Song-Covey, who has recently entered into a relationship with her popular boyfriend Peter Kavinsky. Though the couple are giddy from their budding romance, unresolved problems and miscommunication start to split them apart. Lara Jean is consequently forced to rethink their relationship, and a figure from her past reemerges amidst the doubts and confusion.

The plot takes a major shift in atmosphere from the first film, caused mostly by these new issues and the appearance of John Ambrose McClaren, Lara Jean’s middle school crush. However, this change in theme was not handled as well as it could have been. There is an extremely glaring issue in their relationship that is not fully addressed and Lara Jean’s hesitation between Peter and John Ambrose ends rather anticlimactically. However, it is true that Lara Jean is still fairly new to romance, and the film takes care to emphasize that even the most fairy tale-like relationships are inevitably accompanied with conflict. In addition, Lara Jean sticks to her quirks and individuality even with her new relationship, such as keeping her iconic vintage clothes, stress baking habits, and her ever-chaotic home life. Her dynamic with her family is less touched upon than in the the first film, but it is still shown through their heartwarmingly goofy traditions and shared love for crafts.

To continue the topic of family, I also appreciated the movie’s attention to Lara Jean’s background of being half-Asian. One of the scenes includes Lara Jean and her younger sister dressing up for the Lunar New Year in traditional Korean hanboks, and their brief family reunion feels very realistic. The first movie also featured Yakult, a popular Asian beverage that any Korean will instantly recognize from their childhood. These nods to Lara Jean’s heritage felt very natural and didn’t disrupt the theme of the movie, while also creating tasteful solidarity with Asian-American viewers.

To All the Boys: P.S. I Still Love You navigates the often tumultuous nature of high school relationships, and takes effort to acknowledge the cultural roots of the protagonist. The film is worth watching just for its visual appeal, with its bright colored backgrounds and props. It’s a sweet, lighthearted movie that’s perfect to watch on Valentine’s Day, and fans will be glad to know that a third film, To All the Boys: Always and Forever is already in post-production.