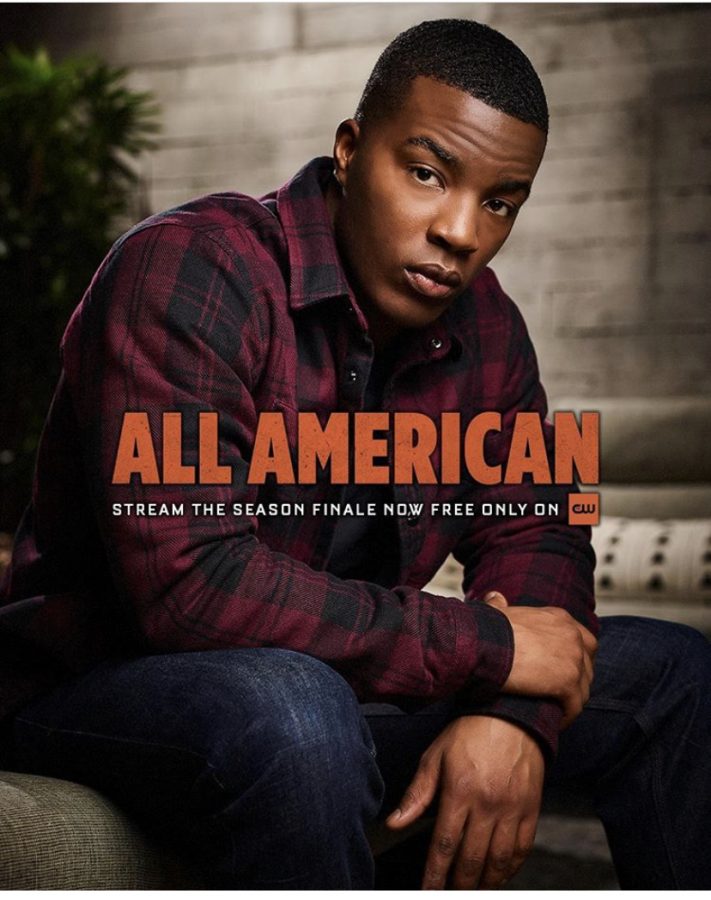 Being the seventh most viewed show on Netflix in the U.S. today, teens and others cannot let go of 'All American'. The life of an NFL star has been turned into a TV show filled with great lessons of love. Photo Courtesy of All American (@cwallamerican).

By raising awareness on issues such as racism, sexism, and gang violence, the show All American shares a true story of determination and loyalty between close relationships. The creator, April Blair, connects heartfelt lessons to the real-life story of legendary African American NFL football player Spencer Paysinger. With the show rated five stars on Netflix and 96% on Rotten Tomatoes, the production was highly successful. The show originally premiered on the CW network in 2018, however, with COVID-19 having people stay indoors, the show has gained popularity throughout more recent months. Although the story revolves around football, that is only a small part of the real thematic impact reaching toward the audience.

Shifting from Paysinger’s time to today, protagonist Spencer James, Paysinger’s fictional counterpart, played by Daniel Ezra, transfers schools from his hometown in Crenshaw, California, to an area of a much higher class. Surrounded by luxury cars, advanced technology, and expensive events, this was the opposite of what he was used to. With Coach Billy Baker, played by Taye Diggs, recruiting him to his Beverly High football team, his chances of pursuing his future become larger than what he had hoped.

With his mom and brother supporting him, James adjusts to the transition and reaches closer to his aspirations. Living in Coach Baker’s home during the week, he slowly grows closer to the rest of the household as well as his new friends who attend Beverly. While at first rejecting his new temporary home, he later finds himself part of a much bigger, tight-knit family than he had before.

Even with James opening up to this new glorious side of life, he often finds himself wrapped up in his life back at Crenshaw. He constantly worries for his best friend, Tamia Cooper, also known as “Coop” played by Bre-Z, as she is stuck in a city of dangerous gangs without her best friend beside her. Meanwhile, he comes up with as many excuses as possible to go back to Crenshaw to visit with his little brother Dillon, played by Jaylyn Hall. His mother, Grace, played by Karimah Westbrook, alongside many others, refuses to let James’ worries get the best of him and his future despite the figures that come in and out of his life. The characters surrounding James go through struggles just as much as James, whether it being drug addiction, family issues or other conflicts.

James’ name in Crenshaw becomes magnified by his success, sparking the town’s sense of hope. He sets an example of how people can make something of themselves despite whatever obstacles may stand in their way.  His love and compassion for both the families he had made, including his football team, was undeniable. His success and presence became a domino effect, leading others around him to reach for their goals as well. James shows love towards the other characters and expresses his vulnerabilities in such a passion thanks to his relationship with his mother. In only the two seasons and 32 episodes, he goes through painful hardships that reach past the screen and leave the viewers with burning discomfort, wondering how him and his friends will tackle the next problem without giving up.