Confusion and Missteps in Wisconsin Election 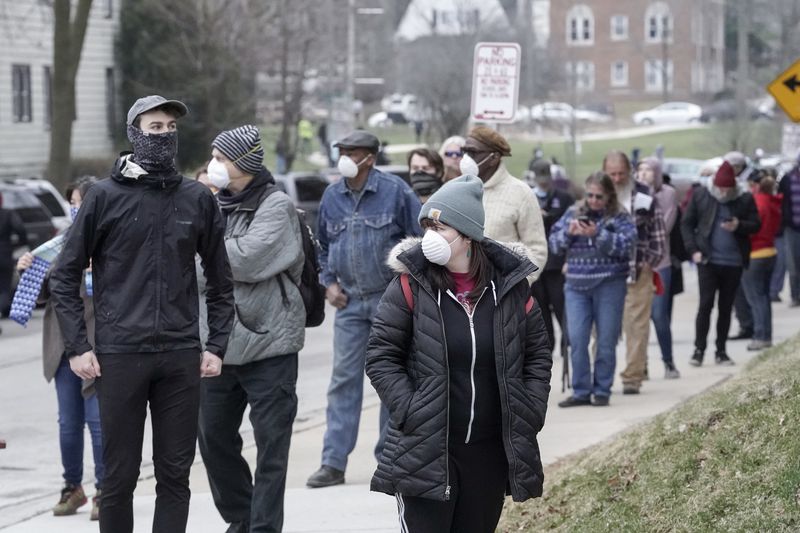 Voters line up outside a polling station. Photo courtesy of Chicago Tribune.

Due to poor planning from government officials and the coronavirus pandemic, the recent Wisconsin election resulted in numerous controversies. It all started when Governor Tony Evers (D), suggested that elections be moved to June, keeping in-person voting the same, after issuing a stay-at-home order on March 25 to fight the virus.

At the same time, Democrats sued the Wisconsin election commission in order to allow for remote voting. Republicans successfully blocked the effort, however, when the US Supreme Court ruled the remote voting would not be allowed. Democrats and other critics have said Republicans voted to deny a delay in hopes that fewer people would show up, ultimately swaying the election towards them.

At least 9,000 absentee ballots were never sent to voters’ homes, worsening the situation. Furthermore, when voters did send in filled out ballots, they weren’t postmarked in time to actually be counted. Thousands of votes were lost during this mail-in process. About 860,000 ballots were received before the Tuesday election, which is just 15% of the state’s population. Mr. Evers also suggested that the timeline for mail-in votes be extended, but that idea was also shot down by Republican-controlled legislator leaving voters at risk to COVID-19 at the polling locations.

Because many voters did not receive their mail-in ballots, they were forced to vote in person. Voters did wear masks, gloves, and stayed six to 10 feet apart, but being outside next to people with the current situation is still dangerous. The number of polling places in Madison, the capital city of Wisconsin, reduced dramatically from 180 to just five. This drastic closure of several polling places led to voters waiting hours in lines, and many just not showing up at all.

Citizens across the United States are concerned with what is happening in Wisconsin, as pictures and news stories about the whole ordeal came out. The outcome of the election is still unclear, as polling data will be released Monday, April 13. One thing we have learned from the Wisconsin struggle is that this is not the last time states will experience issues with voting.