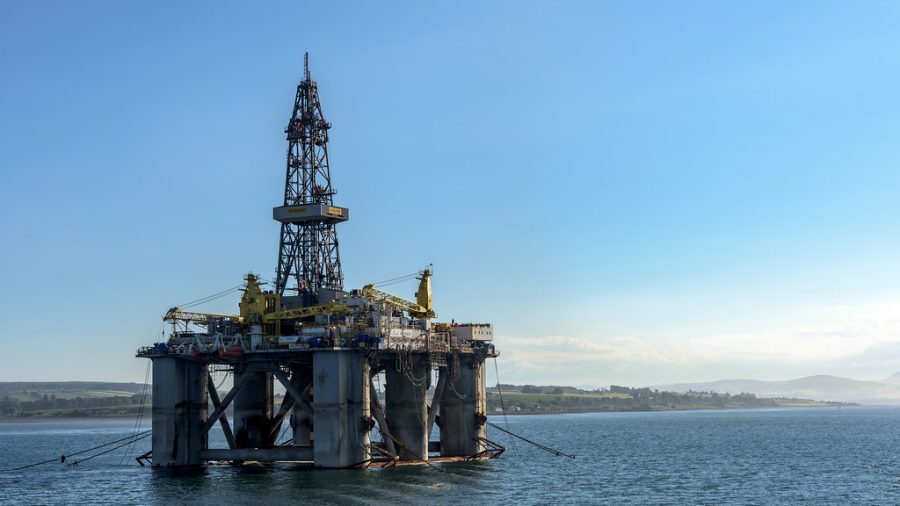 An offshore oil rig pumping crude oil near the coast of Scotland. Photo courtesy of flickr.

Americans have become all too familiar with shortages of products ranging from toilet paper to eggs as the effects of COVID-19 continue. However, the pandemic and its repercussions on the economy created the opposite effect on Monday, April 20 when benchmark prices for crude oil in the United States fell to an all-time record low of negative $37.63 at the market’s close due to the oversupply.

The sudden freefall in the price of America’s most ubiquitous oil contract- West Texas Intermediate (WTI) crude- has been attributed to a precipitous drop in demand. This can be linked to the sudden drop off in travel, as people shelter in place. Meanwhile, factories that run on oil remain shut down, while producers of oil themselves are having trouble halting production.

“It costs money for a producer to shut a well down. And once you’ve shut a well down, sometimes it can be hard to get it back up,” Camila Domonske of NPR’s Business Desk said in a radio interview. “Companies don’t want to do it right away, even if they’re going to be taking a loss or maybe even paying money for a little while. Eventually, these low prices will push everyone to cut production.”

These events come in the aftermath of a pricing war between Saudi Arabia and Russia, two giants in crude oil production. After Saudi Arabia urged Russia to cut production to keep prices stable, The Kremlin decided to begin increasing the pace instead. In response, Saudi Arabia drowned the market in 2.6 million additional barrels of oil per day. As suppliers and refineries run out of space to store the excess oil, prices plummet.

Future prices for crude oil hint at a steady recovery, with June contracts trading at over $20 while September contract prices are higher still. The larger lesson from prices collapsing reaches beyond the oil industry. The U.S. economy is experiencing a deflationary gap unlike anything seen previously. Although individuals may have a difficult time finding staples, large portions of the economy are experiencing a rapid drop in demand.