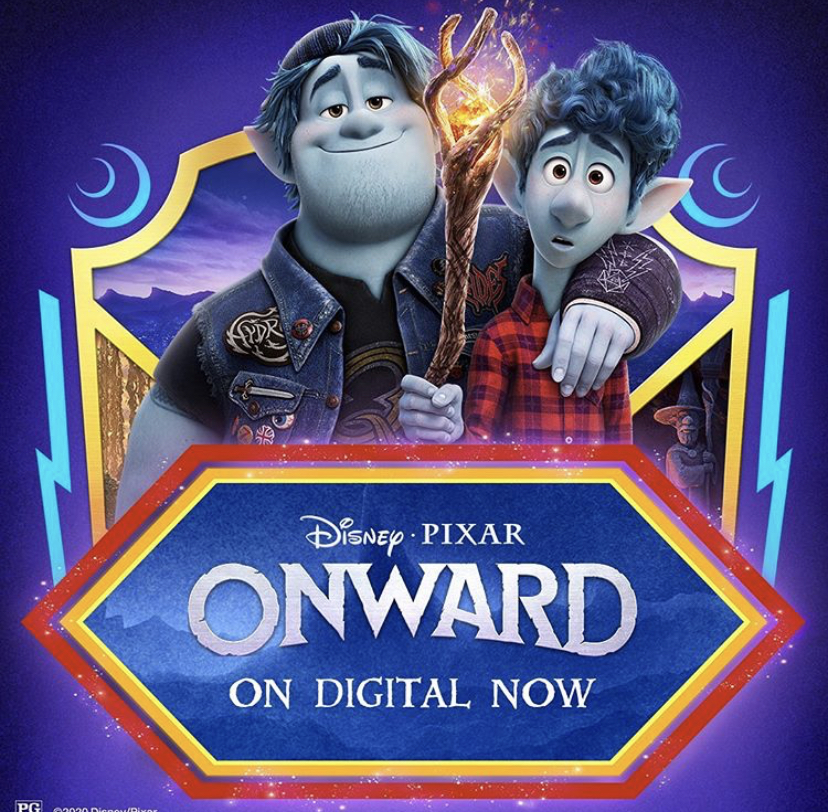 'Onward' has moved to digital release early, so viewers can now escape to a fantasy world in the comfort of their own homes. Photo Courtesy of Pixar Onward (@pixaronward).

Well known for their beautiful, heart-wrenching animations, Disney/Pixar did not disappoint with their new animated film Onward, directed by Dan Scanlon. It initially drew attention for being the first non-sequel Pixar movie since Coco (2017), and starring popular Marvel actors Tom Holland and Chris Pratt. Though its performance in the box office was hindered by the recent coronavirus epidemic, Onward nonetheless received much praise from critics for its charming comedy and pleasant aesthetics.

The story takes place in a fantasy world where magic used to roam free but has since disappeared in favor of more human-like technology. Unused to sorcery, two elf brothers, Ian and Barley Lightfoot, are amazed when they revive the bottom half of their dead father with a botched ancient spell. They only have 24 hours to restore the upper half of him as well, so they set out on a fast-paced road trip to find an enchanted gem. On the way, they inadvertently inspire others to return to their magical instincts, and discover things about themselves as well.

While the movie seems to revolve around father-son relationships at first, with Ian especially being obsessed about getting to know the dad he never met, it becomes clear that Ian and Barley’s brotherhood is the driving force of the plot. The filmmakers excelled in exploring the complicated yet heartwarming nature of siblings; the bond between the two brothers is tried and tried again, and any sibling in the audience will be able to relate to their struggles.

It wasn’t just this that was relatable- one of the best things about the movie was that the characters felt very realistic despite being mythical creatures. Ian and Barley could easily be human boys if one looked past their blue skin, with well-defined flaws, concerns and passions. From pixie bikers to stressed manticore restaurant owners, the film clever mirrored the real world while still maintaining the fantasy aspect. Various human ethnicities and sexualities were also subtly woven into the film, echoing the increase of diversity in other forms of mainstream entertainment.

Showing off a quirky, soothing charm, this movie is one to watch with the whole family, especially with siblings. The film feels unique in that it has a slightly different aura compared to other Pixar movies, flaunting an animation style that is more reminiscent of non-Pixar animated Disney or Dreamworks films. The colorful world and tearjerker dialogue will reach the hearts of both adults and children, while still providing much needed comic relief during these difficult times. Onward continues Pixar’s long line of brilliant animated movies, and stirs up anticipation for the next film in line, Soul, which is scheduled to release in November.