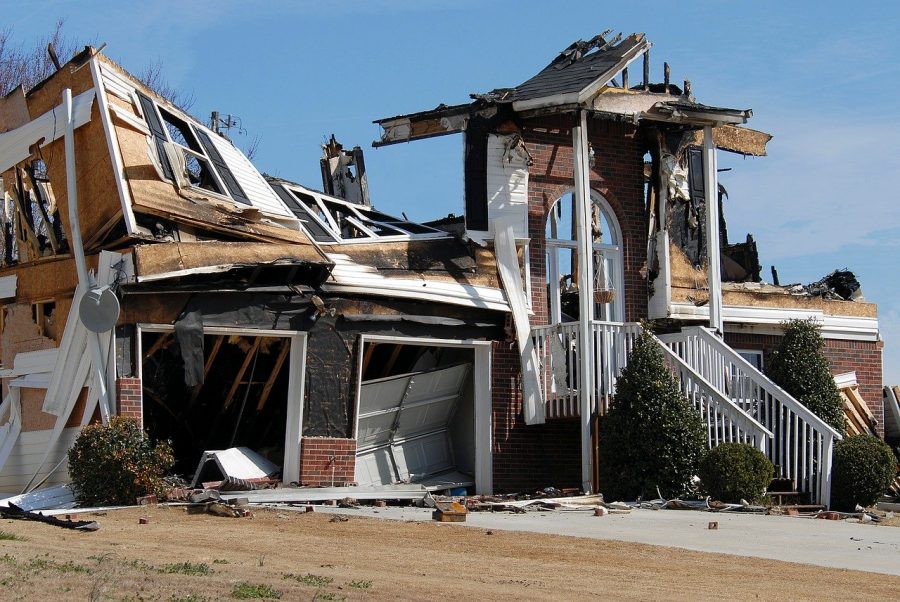 There were more than 90 reported twisters from Texas to the Carolinas. An EF4 was on the ground for more than 60 miles in Mississippi.

More than 95 million people in 20 different states around the country were in a state of emergency due to the tornadoes on April 12. There were 60 reports of tornadoes and at least 33 people were killed in the nine southern states that were hit.

Over a million houses, buildings, and structures were damaged due to the storms. There are about 103,002 people without power in the south due to the tornadoes, and  758,657 of those customers are in Texas according to PowerOutage.us, a website that tracks power outages in the United States. Utility companies are still working on restoring power in Texas.

“Estimates from Blanco County Emergency Management show that a total of approximately 60 residences were, with at least eleven being completely destroyed and eight more sustaining major damage. There were two minor injuries,” National Weather Service said.

In South Carolina, nine people were killed as a result of the storms. The tornadoes caused severe damage in the affected area, including damaging utilities. The Hampton County Emergency Management Agency reported that at least five of the deaths came from their county.

At least seven people were killed, twelve were hurt, and two were reported missing on April 13 in Georgia. 20 people were injured and more than 150 structures were damaged or destroyed in Tennessee.

“We’re still in the rescue mode and that’s pretty much going through the area which was affected, going door to door to make sure that we got everyone accounted for,” Hamilton County Emergency Management Communications Director Amy Maxwell said. “Obviously, there’s significant damage in East Brainerd and East Ridge, but the total destruction is in East Ridge.”

The tornadoes have caused a lot of damage, but emergency services are working to repair the damage. In order to stay safe, professionals recommend having your phone on the whole day. This will ensure you are able to receive notifications on any dangerous weather.