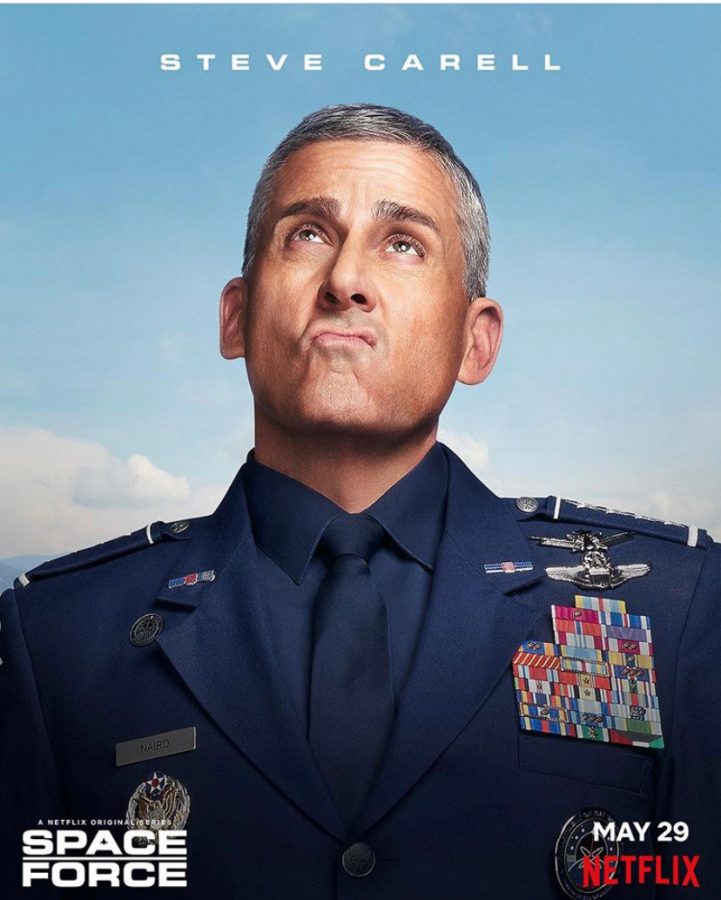 'Space Force' debuted on Netflix to mixed reception on Friday, May 29. Photo Courtesy of @spaceforce

Greg Daniels, known for his work on iconic TV shows such as Parks and Recreation and the American version of The Office has teamed up once again with The Office alum Steve Carell with their new show Space Force, which premiered its first season on Netflix last Friday, May 29. Reception of the series has been relatively mixed, and while it’s littered with problems that may be difficult to overlook, Space Force manages to deliver an entertaining first season full of great but spaced out gags and an overall compelling story.

The show follows Carell’s Mark Naird, a four star general who becomes the head of the branch of the United States military from which the show gets its name from, and he teams up with Dr. Adrian Mallory, played by John Malkovich, to work to establish a solid U.S. presence in space and on the moon. Naturally, they have a difficult time doing this, and hilarity ensues with tons of other colorful characters popping up along the way. It can be noted here that like Daniels’ other shows, Space Force consists of a large ensemble cast that is relatively diverse. Both The Office and Parks and Recreation included several cast members of different ethnicities and sexualities  which were mostly sidelined. Space Force, on the other hand, spends much more time developing its diverse cast instead of just including them just to include them, which serves to the show’s benefit. This mainly applies to race, however, as while there is some LGBTQ+ representation, it’s only mentioned and not explicitly shown, though perhaps and most likely it will be elaborated and expanded upon in a future season.

The first season consists of 10 episodes that are all approximately 40 minutes long, each with stories that tend to be more episodic and stand on their own, which doesn’t make the show very binge-worthy like other Netflix originals, and that can be off putting considering that’s one of the things Netflix is most famous for. For the show’s benefit, it probably would’ve been better received had each episode been released weekly, which is something other streaming services such as Disney+ have done in the past and something Netflix has very rarely done. No episode, except perhaps the season finale, features any sort of cliffhanger ending, leaving not very much desire to immediately continue watching. The 40 minute runtime also means episodes tend to drag on much longer than they should, which is in stark contrast to Daniels’s other sitcoms, which tended to be more accessible to the casual viewer with their 20 minute runtimes. These issues could both be fixed, and it would likely solve more problems than it would cause. Another issue the show tends to suffer from is its comedy. While there are big laughs sprinkled within every episode, many jokes tend to fall flat and seem dull in comparison to other shows Daniels has worked on in the past. Space Force offers a much different comedic tone than that of The Office or Parks and Recreation, both known for their dry awkward humor, and thus the show is difficult to compare to its predecessors. To properly enjoy Space Force, though, it’s important that the viewer understands that it is not one of those shows, and going in with the expectation that it will be just like them will only disappoint. Not to mention those shows also had first seasons that falter in comparison to later ones, and it’s safe to assume that Space Force will only improve with future seasons.

Space Force has a very promising future ahead of it. While it may have gotten off to a relatively rough start and could be considered underwhelming to those with higher expectations, it’s clear that the show has a lot of potential, and that there’s nowhere to go from here but up.