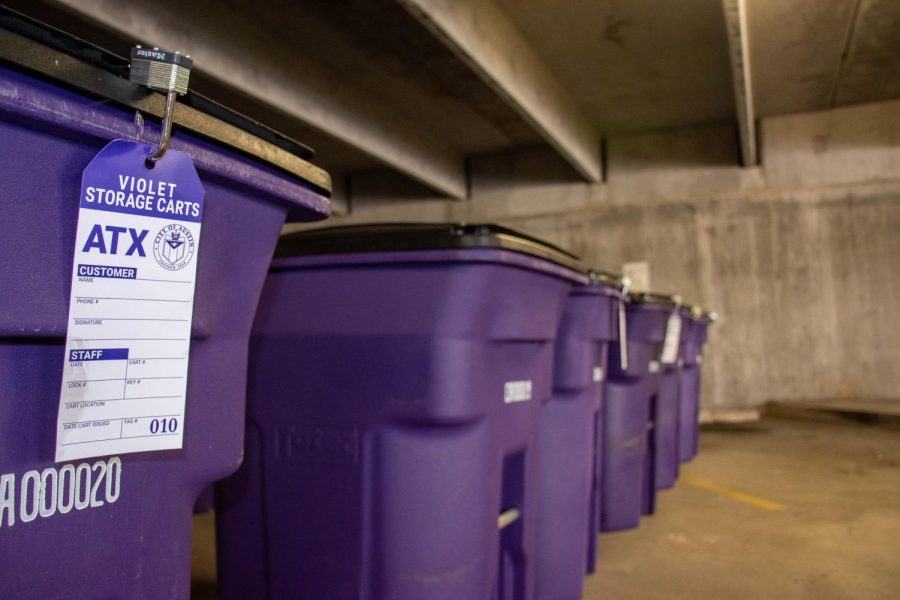 The City of Austin is no stranger to homelessness. People huddling under bridges or standing out on roads is a common sight. According to the Austin government’s Homelessness Dashboard, around 4,255 people were recorded as homeless in 2018. Due to health concerns caused by the COVID-19 crisis, the city’s homelessness problem has never been in such need of urgent attention. From the city government to volunteer groups, Austin has been stepping up to alleviate this issue with various forms of aid.

The government created the Violet Keepsafe Storage program, which focuses on developing spaces for the homeless to temporarily store their possessions. The department of Austin Resource and Recovery has set up purple bins in the HealthSouth parking garage, which people can use to store their personal items. This program is particularly helpful when it comes to medical appointments, interviews, or any event that makes it difficult to transport and protect one’s possessions. As of Friday, Aug 21, the program had successfully set up 85 bins, and they aim to expand the program even further.

“As I saw working with folks in Seattle and was confirmed here by the Austin Homelessness Advisory Council, offering a storage bin and a lock does more than alleviate physical burden or fear of theft,” Austin Resource and Recovery Director Ken Snipes said in a press release. “This service builds trust and lines of communication between our institutions and the people who rely on them to build a better life.”

Another effort by the city’s government, along with several aid groups, has taken place starting on Thursday, Aug 27. Fittingly titled ‘Week of Action to Support Ending Homelessness’, this event will last for seven days, with each day centering on a unique theme. Its aim is to raise awareness about homelessness while simultaneously providing aid to those who need it. The program is open to anyone who wishes to participate through donations, passing out supplies, or spreading information.

Many volunteer groups are making their own contributions to the community. Downtown Austin Alliance (DAA), a non-profit organization that is dedicated to maintaining the quality of the downtown area, organized a plan called Project H2O in which they passed out water bottles to the homeless in early August.

No matter what specific kind of aid these groups have to offer, any kind of help is essential during current times. The pandemic has highlighted the need to come together for the wellbeing of the community as a whole, as well as the fact that there is a long way to go before issues such as homelessness can be resolved.