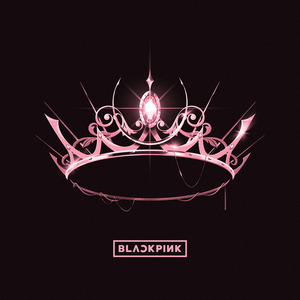 Blackpink's new album, 'Blackpink: The Album', dropped on Oct. 2, and features 8 unique tracks that combine to form an versatile album that's definitely worth the listen. Courtesy of Wikipedia.

Arguably the most popular group in the K-Pop genre second only to global icons BTS, Blackpink has been on a roll ever since their debut in 2016. The band consists of four members – Lisa, Jennie, Jisoo, and Rosé. They’ve broken records on YouTube by becoming the band with the most subscribers, and were the first K-Pop group to perform at Coachella in 2019, despite not having even released a full-length studio album.

Blackpink: The Album was released on Friday, Oct. 2nd, after much anticipation from fans. The album contains eight tracks, including two collaborations with Cardi B and Selena Gomez. The songs have incorporated more Western musical elements than usual, indicative of Blackpink’s attempt to cater to its rapidly growing Western fanbase.

The group did not fail to deliver on trademark Blackpink features- How You Like That is reminiscent of songs like Ddu-Du Ddu-Du and Kill This Love, all of which follow a tried and true formula of combining addictive beat drops, elements of trap music, and prominent rap segments with an overarching edgy sound. Jennie and Lisa’s voices come off as sharp and powerful in this track. It’s a quintessential Blackpink song, the kind that’s distinct from other K-Pop bands’ songs, but not so much from other Blackpink songs.

The second song on the album, Ice Cream ft. Selena Gomez, is disappointing in that it fails to better utilize the girls’ unique vocals, and sounds slightly monotonous. However, the bubble-gum pop song adds a distinctly cheery vibe to this diverse album, similar to that of K-Pop group Twice, that contrasts starkly with the album’s edgier, darker bangers. This brings us to Pretty Savage, a striking and pristine song packed with an absolute sass that stays true to its name. Lisa truly shines in this one- her rap segments are catchy and cheeky. Rosé’s voice is also notable, especially in the pre-chorus where she seamlessly transitions the song into the beat drop through soft, elevated vocals. One downside to this otherwise solid track is the fact that it lacks Jisoo’s voice; Blackpink tracks in general definitely need more of it.

The fifth song on the album, Bet You Wanna ft. Cardi B, is completely sung in English and is co-written by Ryan Tedder from OneRepublic. It’s a vocal-heavy bop with versatile notes and is definitely a slight drift from Blackpink’s usual style. Really, the only disappointment with this one is that it’s too short.

Lovesick Girls, the sixth track, is a polished, slightly experimental song. For starters, Lisa’s rap extends into vocals for a couple of seconds, giving us just a sneak-peek into her vocal range. The chorus features more vocals than usual instead of relying on the underlying beat, and the outro ends gently instead of with an expected chant or the incorporation of elements of Electronic Dance Music (EDM). The added depth from the music video is a treat as its aesthetics are beautiful and true to Blackpink’s style.

Crazy Over You is unique in terms of sound – the song appears to draw from Bollywood and hip hop music, combined with ominous synth, flute, rubbery notes, and staccato beats. It definitely stands out from the rest of the songs on the album with its dark, new sound. Jisoo’s high notes in the chorus are a welcome addition to the song’s unconventional style. The experience of this song resembles one of Blackpink’s earliest singles, Boombayah. Both songs feel like several mashed into one, and somehow it really works.

Love To Hate Me is easily one of the best tracks on this album. The very beginning has you hooked, when Jennie starts with “Love, l-l-love.” What could’ve made this track even better is if it started off with all four girls harmonizing those lines, but as far as this song goes, there’s really no complaints. The song is fast paced, and all four girls have their moments. Once again, Rosé’s vocals in the refrain are beautiful, and the song as a whole is very catchy.

You Never Know is the final track of this album, and is a refreshing ballad, contrasting with the rest of the energetic bops on the album. It’s not very often Blackpink produces soft tracks, but the song is always great when they do. You Never Know is no exception, but it’s not the best of their gentler songs.

Overall, Blackpink delivered a great set of songs, each different from the next. The highlights of this album are Love To Hate Me, Bet You Wanna, and Pretty Savage. The length of the album is an issue; it’s short, and leaves you wanting more. However, Blackpink: The Album is satisfyingly versatile, and is definitely worth a listen.