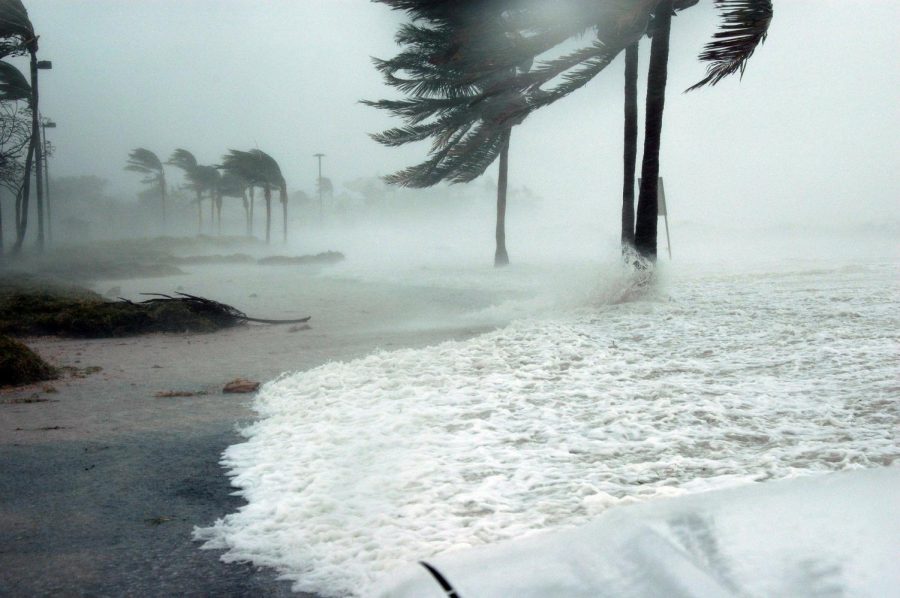 The Accumulated Cyclone Energy (ACE) index provides meteorologists a clear idea of the magnitude of a hurricane season. The index, calculated every six hours, approximates wind speed for all tropical storms happening at that time as well as the strength and duration of the storm. Storms on the higher end of the ACE index have stronger, more durable winds.

There are many reasons as to why the 2020 hurricane season has exceeded many scientist’s expectations. One of the reasons is climate change. Rising temperatures and higher sea levels can cause a spike in storm surges and lead to more rainfall during storms. According to the National Oceanic and Atmospheric Administration (NOAA), climate change will lead to most storms in 2020 resulting in Category Three or higher.

“It seems like this is what we always were talking about a decade ago,” North Carolina State climatologist Kathie Dello told AP News. “A lot of people want to blame it on 2020, but 2020 didn’t do this. We know the behavior that caused climate change. We are just beginning to understand what the effects of climate change are, but science is beginning to present higher and higher doubts on certain things happening without climate change.”

Another contributing factor is water surface temperature. As the planet warms up, much of its excess heat gets absorbed by the ocean. Warmer waters not only kill ocean wildlife but also fuels stronger storms. Hurricanes push the excess heat away to the earth’s poles.

“Hurricanes serve a very important purpose,” Troy Kimmel, a broadcast meteorologist at the University of Texas at Austin, said. “They are one of nature’s heat machines. Their responsibility is to get rid of excess heat in the tropics and carry it ultimately to the poles. They are mother nature’s way of trying to help the earth’s atmosphere reach some state of thermal equilibrium.”

With 2020 being a La Niña year, scientists were expecting some increases in the number of hurricanes coming this year. La Niña is a climate pattern that happens irregularly, approximately every two to seven years. It cools the surface of the earth, resulting in colder temperatures. This also leads to less wind shear in the Atlantic. Wind shear helps curb storm intensities which decreases the strength of storms. With less wind shear, more intense hurricanes are likely to form.

“La Niña is isolated to an area in the Pacific, from the west coast of South America westward to the westward pacific, and it only regards that part of the world,” Mr. Kimmel said. “When we have a little cooler than average temperature in the Pacific, the Atlantic sort of lights up. The reason for that is less jet stream flow was created across the United States into the Atlantic, allowing hurricanes to build up.”

“Residents in these coastal areas are already trying to recover from their losses and are now faced with a second substantial storm,” Curtis McDonald, meteorologist and senior product manager of CoreLogic, a consumer information, analytics, and business intelligence company, said to CNBC. “This season has been relentless, and Louisianans should be prepared for the long recovery road ahead.”

As a result of COVID-19, many government relief fundings have been cut short, leaving people with no food, clean water, or shelter for up to weeks. Hurricanes Laura and Beta both hit regions of the U.S. with the lowest median income, road, and public transportation densities in the country. Many of the people in these regions depend on subsistence work, including manufacturing and oil and gas production, which can be disruptive from the aftermath of hurricanes.

With two months left in the 2020 Atlantic hurricane season, many scientists and government officials worry about the future for those affected. Not only will many jobs become unavailable, but people will have fewer places to evacuate to, and increased exposure to COVID-19. NOAA’s outlook at the remainder of the hurricane season looks rough, so it’s crucial for people living along coastlines to pay close attention to hurricane warnings and prepare to evacuate at necessary times.