Sports Seasons Should Not be Resuming 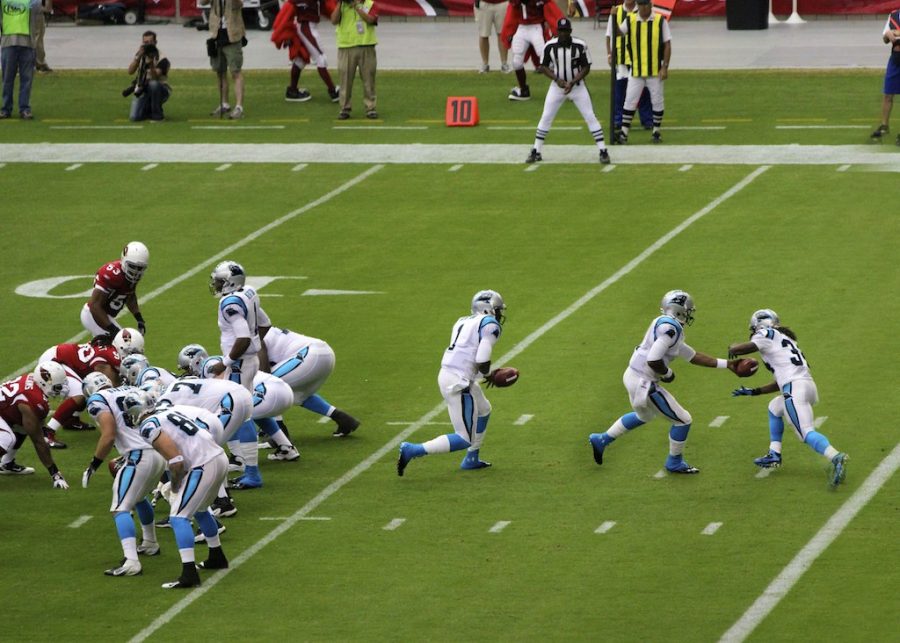 During the pandemic, many are turning to sports as a form of entertainment. However, this is not safe for the players involved. There have been many cases of the coronavirus in sports teams at the national and local level, proving that sports either need stricter coronavirus related policies, or to be outright cancelled. Photo courtesy of CEBImagery

After some time of not playing due to the coronavirus, sports from the local to the national level have been practicing and playing again over the last few months. Team and game organizers have tried to implement safety precautions to prevent infections amongst players and coaches. While some leagues, like the NBA, have been successful with maintaining no cases of coronavirus, others, like the NFL, have been reporting cases and have had to postpone games. Additionally, some athletes below the professional level, such as high school students, have had to quarantine along with their teams because of cases. Team sports should not be played during the pandemic because of their nature and the lack of effectiveness of precautions, unless effective precautions can be taken that can prevent almost all cases.

Team sports require contact either with other players, the ball, or both. Hands eventually coming in contact with someone’s face are one of the biggest ways to spread the coronavirus, which is why washing your hands is one of the most stressed precautions. In a sport like volleyball, many hands come in contact with the ball. If a player were to accidentally touch their nose, mouth, or eyes after touching it, and an asymptomatic player hit the ball earlier, they could potentially get the virus. In this scenario, even if players wash their hands before a game, everyone else could get the virus. Additionally, players don’t really wear masks when playing because of how sweaty they can get, and they are within six feet of each other because they are all constantly moving to get the ball.

In football, players literally touch each other, and the ball problem that comes with volleyball also applies. Even if a player wears gloves, they are still coming within six feet of each other, which violates the social distancing rules. For high school and college teams, no one really knows where players have been, making the distance a hazard.

The effectiveness of precautions vary from sport to sport and level to level. The NBA has been doing particularly well with the pandemic because they’ve implemented a bubble where players, coaches and essential staff stay, and non-essential individuals aren’t allowed in. With the amount of money the NBA has, it is able to accomplish something like that, but an organization at a lower level, such as a school district, probably wouldn’t have the time and resources to implement such a plan.

A sport like football, according to the Wall Street Journal, has too many people involved and too many roster changes to implement a bubble. The NFL, nonetheless, has implemented procedures such as social distancing off the field and masks. However, because of the lack of an implementation like a bubble, NFL players are potentially exposed to the virus outside of work.

Some school teams are requiring athletes to fill out a form regarding their symptoms before practice. The problem with this is some students could fake their forms, and others could be pre-symptomatic or asymptomatic. While there are procedures in place, such as wearing masks when off the court or field, and not attending practice if one exhibits symptoms, if one person gets the virus, because of the amount of contact between everyone else, the rest of the players and the coaches would have to get tested, and quarantine themselves. Additionally, due to the amount of resources school districts and schools have compared to professional leagues, they can’t afford to test their players everyday. Moreover, just because children are less likely to experience severe cases, doesn’t mean that something severe could happen to a student athlete. The virus is also dangerous to students who have underlying conditions, such as asthma or diabetes.

People are reluctant to halt sports seasons because they are a huge source of entertainment. Huddling in front of the TV and cheering on favorite teams is an activity many households partake in. However, players’ lives are at risk when we make them play for our entertainment. No one would want their favorite player to fall sick and potentially die from this disease. Additionally, as entertaining as sports are, there are other forms of entertainment, such as YouTube, movies, or TV shows that are already made and don’t require risking athletes’ lives. People could also watch reruns or old recordings of sports games.

However, some student athletes and their parents argue that they don’t want to waste a season due to missing opportunities, such as college recruitment. But it’s not worth risking the lives of students just for the sake of having an experience. Additionally, if students are enrolled in the block for their sports and they don’t practice, they can use that time for other things, like homework.

Not all sports are risky though. Sports such as tennis, cross country, and track require almost no direct contact with anything. Cross country and track are low risk because there is hardly any contact, and it’s possible to maintain a safe space between runners. For tennis, the risk is pretty low because it’s possible to play while maintaining distance, and the only risk factor is tennis balls.

Team sports should not be in session during the pandemic, unless there are effective measures being taken. It is extremely dangerous because many players could fall sick due to the nature of the sport, and the lack of effectiveness of the precautions depending on the sport or level of the sport. As hard as it is, we need to wait. We can go back to watching or playing sports when we have a vaccine, or infections have gone down tremendously, but for now, we need to find other ways to entertain ourselves that don’t involve endangering lives.