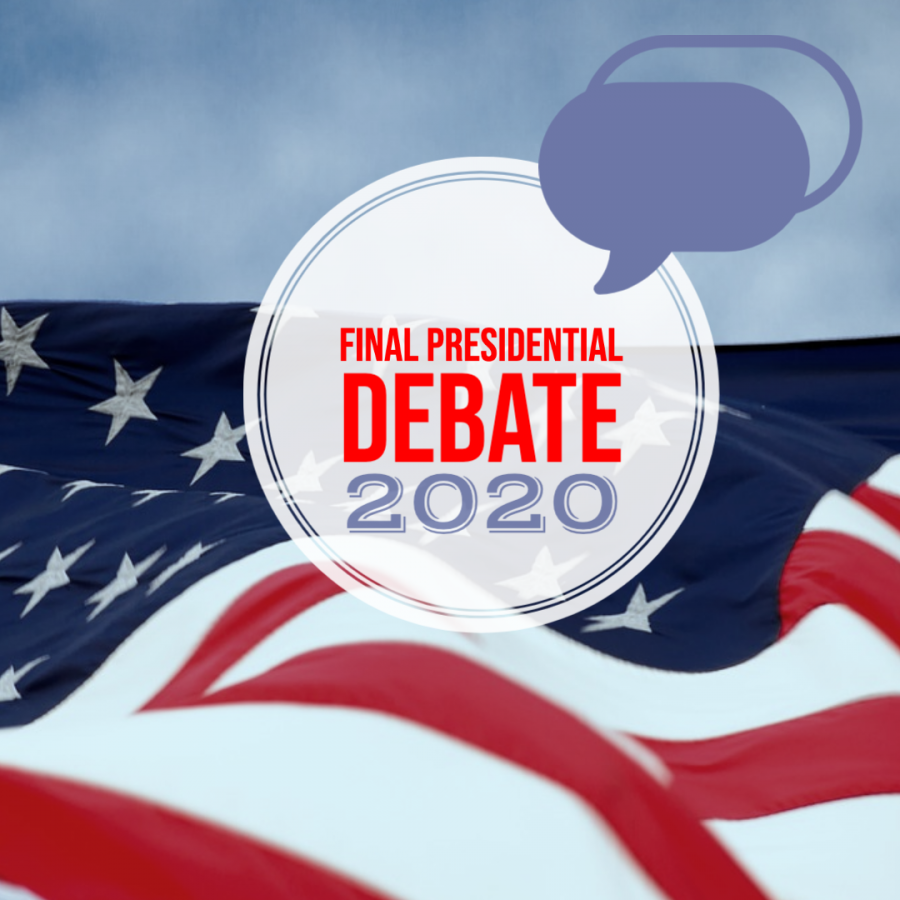 The last 2020 presidential debate took place on Thursday, Oct.22, after a second scheduled debate was canceled, due to President Trump's refusal to participate in a virtual debate after his COVID-19 diagnosis.

President Donald Trump (R) and former Vice President Joe Biden (D) clashed in the second and final presidential debate of the 2020 election on Thursday, Oct. 22. The debate was moderated by Kristen Welker of NBC News. In the days leading up to the debate, Ms. Welker had received criticism from Mr. Trump, who called her “terrible” and “partisan” in a Fox & Friends interview on Tuesday, Oct. 20. Despite the apparent animosity from Mr. Trump, the second debate was widely hailed as much more civil than the first, with the candidates largely staying to their allotted speaking times, partly due to the utilization of the mute button, which at times cut one candidate’s audio while the other was speaking.

The candidates discussed topics such as the COVID-19 pandemic, national security, race in America, climate change, the economy, and the future of the country after the election. While discussing the Coronavirus, Mr. Trump doubled down on his response to the pandemic, saying he had been “congratulated” by world leaders on the steps he took to slow the spread of COVID-19 while Mr. Biden was “way behind” him. Mr. Trump also discussed the possibility of a vaccine. None of the pharmaceutical companies developing a vaccine for the United States have received regulatory approval yet, though some, including  Pfizer and AstraZeneca, have entered late-stage clinical trials.

“We have a vaccine that’s coming. It’s ready. It’s going to be announced within weeks. And it’s going to be delivered. We have Operation Warp Speed, which is the military is going to distribute the vaccine,” Mr. Trump said.

Mr. Biden slammed Mr. Trump’s claims, re-stating his assertion that the President still does not have a comprehensive plan to combat COVID-19. When asked about the possibility of another economic shutdown, if he were to be elected, Mr. Biden dodged the question. Mr. Biden previously stated in August he would be willing to shut down the country during a second wave of COVID-19 if scientists recommended it.

“I’m going to shut down the virus, not the country….Look, you need standards. The standard is, if you have a reproduction rate in a community that’s above a certain level, everybody says, ‘Slow up. More social distancing. Do not open bars and do not open gymnasiums. Do not open until you get this under control, under more control,’” Mr. Biden said.

The candidates also discussed the re-openings of schools around the country. Mr. Biden emphasized that the country needed more resources before it would be possible to safely reopen schools completely, while Mr. Trump pushed for more re-openings, saying that keeping schools and businesses closed would have adverse mental health effects. Mr. Trump also discussed his own family’s experience with COVID-19.

“I want to open the schools…[peopla are] committing suicide. There’s depression, alcohol, drugs at a level that nobody’s ever seen before. There’s abuse, tremendous abuse. We have to open our country. We have to open our schools…As an example, I have a young son, he also tested positive. By the time I spoke to the doctor the second time, he was fine. It just went away. Young people, I guess, it’s their immune system,” Mr. Trump said.

When discussing the environment, Mr. Trump highlighted his administration’s accomplishments regarding climate change, including the Trillion Trees Program, and defended his withdrawing from the Paris Climate Agreement, but did not outline a clear plan to combat climate change. Mr. Trump also falsely claimed that America has the lowest number in carbon emissions, whereas it actually has the second-highest, behind China. Mr. Biden spoke about his climate plan, which he claimed would both limit emissions and create jobs.

“Global warming is an existential threat to humanity. We have a moral obligation to deal with it. And we’re told by all the leading scientists in the world we don’t have much time, we’re going to pass the point of no return within the next eight to ten years,” Mr. Biden said. “This plan has been endorsed by every major environmental group and every labor group, because they know the future lies. The future lies in us being able to breathe.”

In the final portion of the debate, the candidates discussed what they would say to Americans on their inauguration day if they were to be elected, both those who had supported them and those who had not. Mr. Trump stated that before the “plague” his leadership had put the country on the “road to success”, while Mr. Biden planned to raise taxes (the Biden tax plan does not raise taxes on households making less than $400,000 a year) and usher in a “very sad day” for the country. Mr. Biden emphasized that he hoped to be an uniter for the country.

No more presidential debates will take place. Election day is on Tuesday, Nov. 3, but early voting has already begun in Texas. For more information on polling locations in Travis county, visit the county clerk’s site.