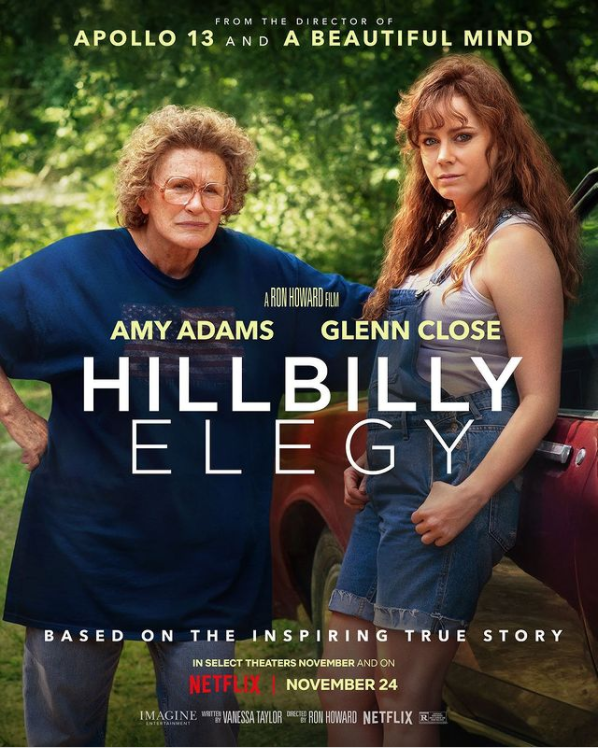 Right off the bat, the words “Directed by Ron Howard” raised a pretty big red flag during the opening credits of Hillbilly Elegy. The renowned child actor-turned-director had been struggling for the past couple of years to regain his footing after the disappointing and unsuccessful Solo: A Star Wars Story, and Hillbilly Elegy seemed to be his best shot at doing that. Based on a best-selling memoir of the same name and featuring an all-star cast, all the pieces were in place for Howard to clear his name and re-establish himself as a respectable director once more. Maybe he could even nab some Oscars from it, too. Upon release, however, all hopes of this were quickly dashed as the absolutely abysmal reviews came pouring in. But what exactly makes Hillbilly Elegy so bad despite all of the key ingredients of success being present?

The film is based on J.D. Vance’s controversial 2016 novel, which debuted in the midst of the 2016 presidential election. The book not only served as an opportunity for Vance to speak of his troubled past, but to also cast light on an often forgotten and overlooked community in the United States in an attempt to portray them in a more sympathetic and respectful manner. The movie, however, succeeds at doing the exact opposite, painting the citizens of Midwestern America as downright awful. There is not one character in the entire movie that comes off as likable by the time it has wrapped its nearly two hour run, and that is a major problem. There’s virtually zero character development as well, meaning each of the three main characters end up just as awful and unlikable as they were at the beginning. Since the movie attempts to make an effort to show what this community is supposed to really be like, it all comes off as downright offensive and degrading.

The film’s main theme, which is that family is the most important thing of all, falls completely flat, as each character is given no opportunity to actually prove this message true because while they may repeat it over and over again, they never actually act on it. Family instead, is seen as a burden rather than an asset, as it is made apparent very early on that each characters’ lives would drastically improve without the others, blatantly contradicting the overused and unoriginal theme Hillbilly Elegy tries so hard to stress.

“Shameless Oscar Bait” is another phrase that comes to mind when attempting to describe this movie, as it’s incredibly clear that the casting of Amy Adams and Glenn Close was only done in an attempt to take home some awards. As good at acting as they both are, they are nowhere near their best here, particularly Adams, who just proves that she’s good at screaming and crying without providing any real substance. Close, however, is one of the film’s only positive aspects, as she delivers a fairly solid performance and is one of the only somewhat likable characters when she isn’t being overtly racist or setting people on fire. Yes, you read that correctly. It’s bizarre that either actress even agreed to take a part in this total misfire, but seeing as how neither of them have won an Oscar for their performances in a movie, it’s not too hard to deduce why they would’ve in the first place. This is easily one of the biggest mistakes of both of their careers.

In the end, Hillbilly Elegy serves as just another lazy attempt at substance and emotion, but never before in recent memory has something essentially guaranteed for success taken such a wrong turn for the worse. It’d be a real shame if both Adams and Close received Razzies for this before they finally won their well-deserved Oscars for something else.