Ms. Rebecca Roberie on Writing for the ‘Chateau Lune’ Show 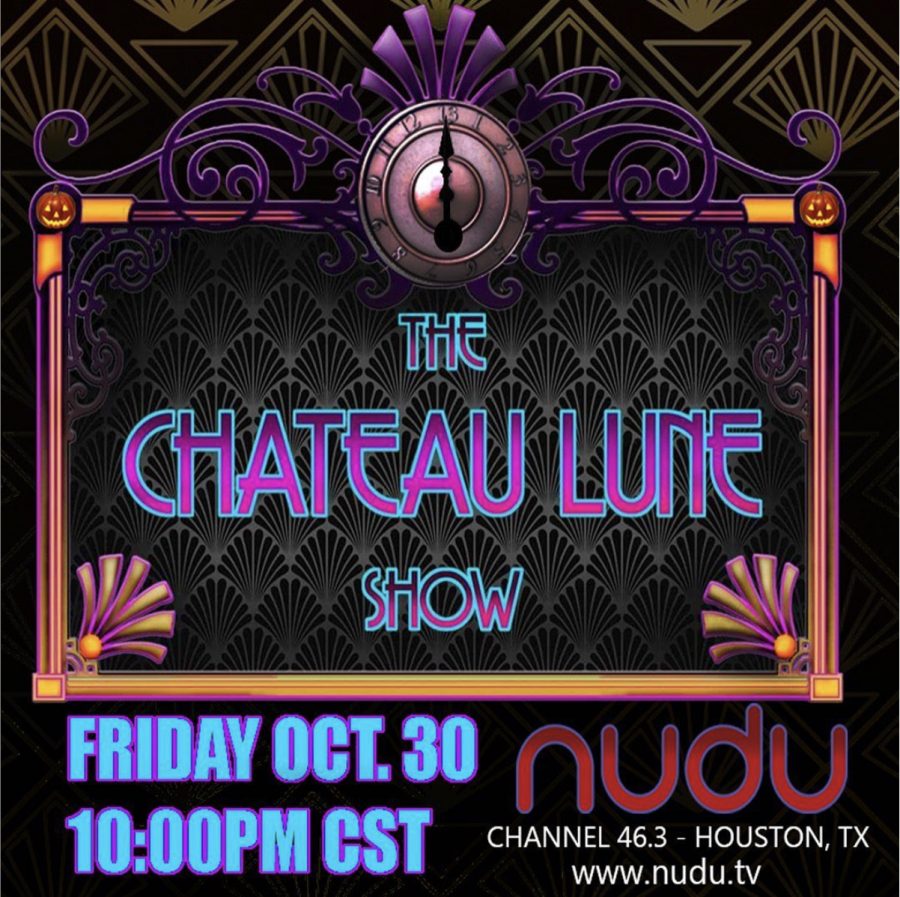 Ms. Rebecca Nealon Roberie, a history teacher at Westwood, has one very interesting hobby on the side: she writes for a new TV show, Chateau Lune, which first aired on Oct. 30. Described as a mix between Mystery Science Theater 3000 and Joe Bob Briggs, the show is a comedic, spooky blend of sci-fi and horror.

The main character, Roux, is an immortal werewolf who owns a mansion in which the show takes place. Together, with his deadpan house manager, Ruby, and his anxious maid, Darly, the three characters deal with whatever shenanigans occur throughout the episode.

“All of this crazy stuff happens to them in this house usually because they have done something to cause whatever is happening,” Ms. Roberie said. “Every object is cursed with something. It depends on what movie [each episode focuses on] [in order to] find out [how] it’s [been] cursed.”

The mansion where the show takes place certainly seems haunted. The walls whisper back, and the time is always 13 o’clock. Depending on what horror movie the episode is based on, the outside of the mansion changes. During one episode, the outside could be a cemetery, and in another episode, it could be a theme park. Since all of the episodes take place in the same mansion, the writers often change things up to make the audience forget they are looking at the same place every episode.

“There’s one episode where they’re beatniks, and [there’s] ‘60s slam poetry,” Ms. Roberie said. “They decide to get into art stuff, and as they’re doing [it], [and] it’s in the living room still, they set it up like a symposium, like you would do at your house if you’re trying to do a fashion show with your friends or weird cousins. So they move the furniture around, and [they say] ‘Look at this art piece. It’s wonderful,’. So, that’s how we deal with one set. We try not to bring too much attention to it, and then [we] change it however we need to.”

The main character of the show, Roux, is not very rational. He’s silly, weird, happy, and relaxed. Roux’s organized, sarcastic friend Ruby serves as a straight man, a more serious counterpart who acts as a comedic foil to Roux. Darly, Ruby’s triskaidekaphobic best friend, cleans the house, but hates it when someone calls her the maid. When coming up with what these colorful characters would do, Ms. Roberie doesn’t think so much about what they’re going to say, but instead considers other factors, such as the character’s backstory, their relationships, and their likes and dislikes. All this information of what the characters say and everything about them is contained in a “show bible”, which helps the writers consider how the characters would react when writing scenes in the future.

“[We get] to know who they are as people, [and] then we’ll figure out what situation we’re going to put them in,” Ms. Roberie said. “It’s almost like you can predict how they will act. It would be like if you and your friends were dropped in a forest. What are you [all] going to do? One of you is going to say, ‘Let’s get the tents set up’. Another one is going to say ‘Oh my god, we’re all going to die’. Another person might just start cracking jokes. You know all of your friends, and you could tell which one would do what, and you can play the story out in your head.”

Another prominent feature of the show is the inclusion of scenes from actual horror or sci-fi movies, usually ones from past decades that are normally labeled as campy or just plain bad, such as 13 Ghosts and I Bury The Living. The characters occasionally watch the movies and point out flaws in it, and there are also objects and concepts from the movie that are incorporated in Roux’s world. For example, in I Bury The Living, there’s a cemetery where people can prepay for their plots. The owner uses black pins and white pins to signify whether someone is dead or not. A similar concept is applied in the show. There’s a map, and inserting white pins creates things.

“The main werewolf guy, [Roux], feels like ‘Well cool. If you can just switch pins, maybe I can start creating things’,” Ms. Roberie said. “So [if] he wants a book, he puts a white pin in and creates a Barnes & Noble around and orders books. Then, he wants something else. So he ends up creating all these things and sort of makes an apocalypse. [It is] just a small apocalypse and it eventually gets resolved.”

As a part of the writer’s team, Ms. Roberie, along with her colleagues, have control over what direction they want to take the show in. They watch all the movies themselves, and are tasked with finding jokes that’ll translate easily to modern day audiences. They use these jokes to point out the silliness in the movies. According to Ms. Roberie, although they are horror fans themselves, the writing team often has to suffer through some truly terrible scenes.

“My husband and I will usually watch the horrible movie, [but] he’s usually seen it before,” Ms. Roberie said. “Then we’ll talk about [our] ideas. [For example], ‘I think this will be really funny’ or ‘what about we do this’, or ‘what if we put our characters in this situation’. We kind of daydream for a bit and then I’ll get on the call with Kirby and Tyler, [who are fellow writers on the writing team], and they’ll have their ideas, and we talk through them all.”

There is also the editing process, after the initial brainstorming and rough drafts, which can take up quite some time.

“The writing part can take as long or as little as we make it. So, I’ll write a script, then send it to Becky, and then she’ll tear it apart and rewrite it,” Ms. Roberie said. “Then we’ll send it to Tyler, and then he’ll do the same thing, [and so on].”

Though it’s hard work, Ms. Roberie says writing is well-worth the enjoyment, and a perk. She and the rest of the writing team have the privilege of being able to prank the actors through the script, like making someone hold a rubber chicken for the fun of it.

If you’d like to see the show, Chateau Lune is available to watch on the app NuDu Remote on the TV Channel 46.3 on Wednesdays at 8 p.m. and Fridays at 10 p.m.