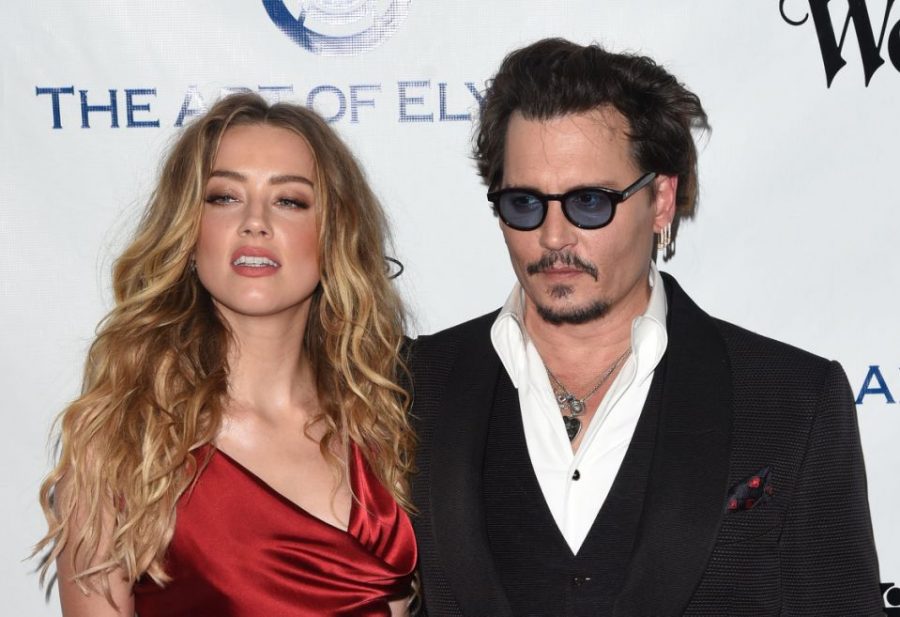 The courtroom battle between Johnny Depp and Amber Heard goes back to 2016, and continues even to this day. The case of people not believing Mr. Depp when he claimed Ms. Heard was abusing him shows society's toxic perception of the notion women can't abuse men. Photo courtesy of Yahoo! News.

Amber Heard came out with abuse allegations against Johnny Depp during their marriage four years ago and the court battle between the two continues this year. Ever since 2016, Johnny Depp has been on a downward spiral with himself and his career, losing major roles and facing public scrutiny. In May 2016, Amber Heard went to a Los Angeles court to file for a restraining order on Johnny Depp; shortly after being granted one, the couple filed for divorce. This year the two returned to court- only this time it was the London court and it was Mr. Depp calling on the system of justice for help.

After a London newspaper called The Sun referred to Mr. Depp as a, “wife beater,” he sued them for defamation and has been trying to prove his innocence in the case. Ever since the beginning of this whole mess, Mr. Depp has insisted that he is innocent, along with his ex-lovers, children, and many of the people in relation to him. Throughout his career Mr. Depp has shown his capacity for kindness and put smiles on the faces of many children. Mr. Depp is not the kind of man to hit a woman- he is the kind that would regularly visit local children’s hospitals in his Captain Jack wardrobe and visit with sick children.  If you look into the case and read articles it is clear to see that Mr. Depp has wrongfully been accused. There are multiple witness reports that say Mr. Depp’s actually the one who was abused in the relationship and that Ms.Heard is a psychotic abuser and manipulator. Despite this Mr. Depp has faced public scrutiny, been found guilty, and lost some of his major roles, like Gellert Grindelwald in the Harry Potter franchise. Due to the narrative, “men can’t be abused,” Mr. Depp alongside countless men have to fight to receive the justice a woman would get within months of the first court hearing. In their court hearing earlier this year Depp’s security chief Sean Bett gave a handwritten witness statement on who the abuser in the relationship truly was “On many occasions, I witnessed her shout at Mr. Depp. I was also told by Mr. Depp on multiple occasions that Ms. Heard had physically abused him,” he said. “Ms. Heard often behaved in this way when she had been drinking. I learnt quickly to recognize the signs, so that we were able to leave the situation before it escalated further.”

This was not the only witness account suggesting Heard was the abuser. Katherine Kendall, a MeToo activist, said The Sun wrongfully quoted her labeling Depp as an abuser and that while she had no first hand knowledge on the matter, she heard that Ms. Heard was the abusive one. Isaac Brauch, a neighbor of the couple and friend to Mr. Depp told the court he saw no physical signs of abuse on Heard’s face in the days following the alleged attack on Ms. Heard in May 2016. Based on witness reports it is clear to see what is going on in this situation. The court ignoring evidence in favor of Mr. Depp should be used as an  example of the corrupt justice system that is not only in America but all over the world. Men have a harder time proving their innocence than women. The London court  has chosen to ignore evidence and continue to wrongfully condemn a man simply trying to put the past behind him and clear his name.Johnny Depp has been in the public eye since he was 21 years old making his debut in NIghtmare on Elm Street and since then Mr. Depp has always presented himself as a man with class and a kind heart. The people who are closest to Mr. Depp have spoken out in disbelief over the accusations because they are beyond out of character for the man they know and love.

Additionally, in two videos that contain audio of a conversation between Mr. Depp and Ms.Heard, she can be heard saying that she can’t promise she won’t get violent again, taunting Mr. Depp, and arguing with him about the degree to which she hit him. “‘I don’t know what the motion of my actual hand was, but you’re fine, I did not hurt you, I did not punch you, I was hitting you.” Despite Heard being hostile in what she says and unwilling to listen and reason with Mr. Depp remains calm, trying to come up with a way they can make things work. In the videos Depp is heard trying to reason with Heard and pleading for her to work with him. You can tell that Mr. Depp is tired of fighting and desperate to make peace with the woman he loves. Mr. Depp is a kind, caring man who loves deeply and does not deserve to be scrutinized, which is exactly in line with the man Mr. Depp presents himself to be.

In between multiple witnesses and audio recordings where Ms. Heard is confessing to abusing Depp, one would think that the London justice system would have no problem ruling in his favor. Unfortunately, that was not the case and their battle is to continue in Virginia over a defamation lawsuit against Ms. Heard. Hopefully in this hearing, Mr. Depp’s innocence can finally be accepted while Ms. Heard can face repercussions for her actions. Yet even if the truth does come to light and she is punished, she still will not experience as much scrutiny, defamation, embarrassment, as Mr. Depp has and continues to experience. Mr. Depp is having such a hard time proving his innocence because of the widespread narrative that these things don’t happen to men. It is wrongfully believed men can’t be abused, bullied, and raped, and we need to change this narrative. By expanding movements like MeToo to include everyone who experiences abuse, we can work together and stop it from happening.  Women are often found more trustworthy and innocent, allowing them to get away with things a man couldn’t. Because of this there is a, “he said she said,” story that makes cases like Mr. Depp’s extremely difficult. Cases of lying, deceitful women wrongfully accusing men for actions they did not commit contribute to the injustices done to both men and women in the system. Courts find it hard to decide who to believe because not every case of abuse is abuse nor is every case of innocence actually innocent. Hopefully at the Virginia court hearing Depp’s innocence will be proven and he can put this behind him.