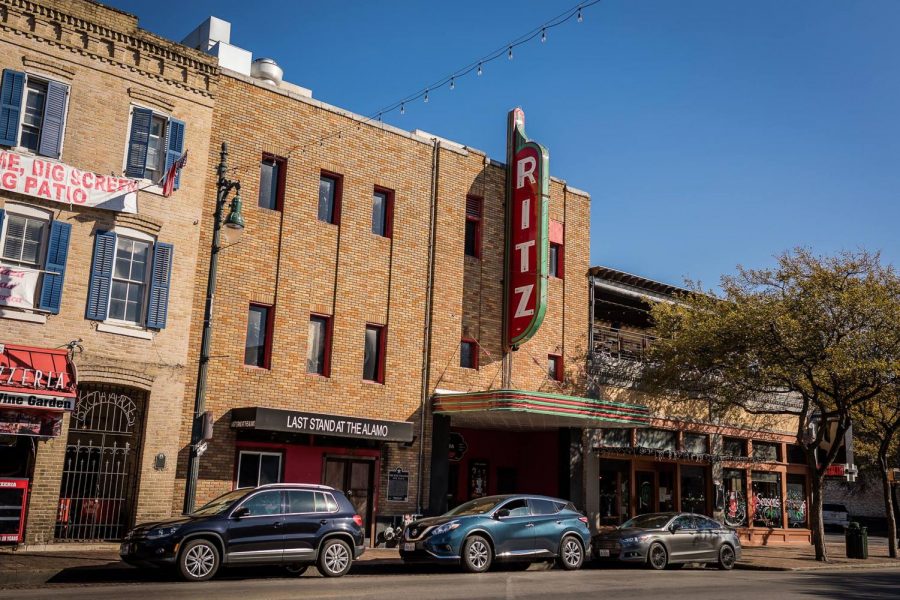 The Alamo Drafthouse Ritz was opened in 2007 and was intended to be the "spiritual successor" of the chain's original location. It was announced to be closing by the company on Wednesday, March 3. Photo courtesy of @alamoritz

Founded in 1997 by Tim and Karrie League, the Alamo Drafthouse, first located at 409 Colorado Street, quickly became an iconic Austin institution. The restaurant-theater chain expanded over the years to include six theaters in Austin, as well as 34 theaters in 10 other states. Known for its film-inspired food and drink and unique blend of indie cinema and hollywood film, the Austin location was home to many thrilling and authentic movie experiences over the years, including a women’s only screening of Wonder Woman (2017) and a Nicholas Cage movie marathon presided over by the actor himself.

Due to the social distancing restrictions and delayed releases of new films because of the COVID-19 pandemic, the chain has filed for Chapter 11 Bankruptcy protection and announced it will be closing three locations permanently.

“Alamo Drafthouse had one of its most successful years in the company’s history in 2019 with the launch of its first Los Angeles theater and box office revenue that outperformed the rest of the industry,” CEO Shelli Taylor said. “We want to ensure the public that we expect no disruption to our business and no impact on franchise operations, employees and customers in our locations that are currently operating.”

The theater chain has nearly $113 million in debt from multiple lenders including the private equity group Altamont Capital and hedge fund Fortress Investment Group, both of which  agreeing to acquire the company out of bankruptcy.

“We’re excited to work with our partners at Altamont Capital Partners and Fortress Investment Group to continue on that path of growth on the other side of the pandemic,” Ms. Taylor said.

Alamo Drafthouse’s theaters were closed in March of 2020, and despite innovation from the chain to adapt to the restrictions of COVID-19, such as a merchandising arm, private screenings and a video-on-demand platform, the company was still forced to furlough about 80% of its staff, defer rent, and pause new developments. However, founder Tim League remains optimistic about the future of the company.

“Because of the increase in vaccination availability, a very exciting slate of new releases, and pent-up audience demand, we’re extremely confident that by the end of 2021, the cinema industry – and our theaters specifically – will be thriving,” Mr. League said. “We are hopeful that our landlord and other vendor partners will work with us to help ensure a successful emergence from bankruptcy and viable future business.”

Among the locations closing is its flagship theater The Ritz, located in downtown Austin. The building, one of only two Austin theaters that had a 70mm film projector, opened in 1929 and has been a movie theater, music venue, and bar over the years. When it opened as an Alamo Drafthouse location in 2007, it was intended to be a “spiritual successor” to the original Colorado Street location.

“[It] has been the beating, fiery, cinephile heart of Alamo Drafthouse in Austin,” the company said in a statement. “It is difficult to imagine Alamo Drafthouse without The Ritz. For the past 12 and a half years, The Ritz represented what Alamo Drafthouse theaters could be.” The company has stated it will continue to monitor the health of all leases during the Chapter 11 process to make decisions about closing additional locations.

A landmark establishment that encapsulated the spirit of the city, The Alamo Drafthouse will be missed by Austin residents, including students, with many having found fond memories of the theater company.

“My friend and I got tickets to see [a reshowing of Harry Potter and the Philosopher’s Stone] in 6th grade, and it was super exciting because we got to dress up in Harry Potter themed outfits. The food was all Harry Potter themed, for example red and yellow popcorn and butterbeer. It was so fun because everyone there was a huge fan of Harry Potter,” Aanika Hirode ‘23 said. “It was this huge community experience.”