Most Mysterious Pieces of Music Ever 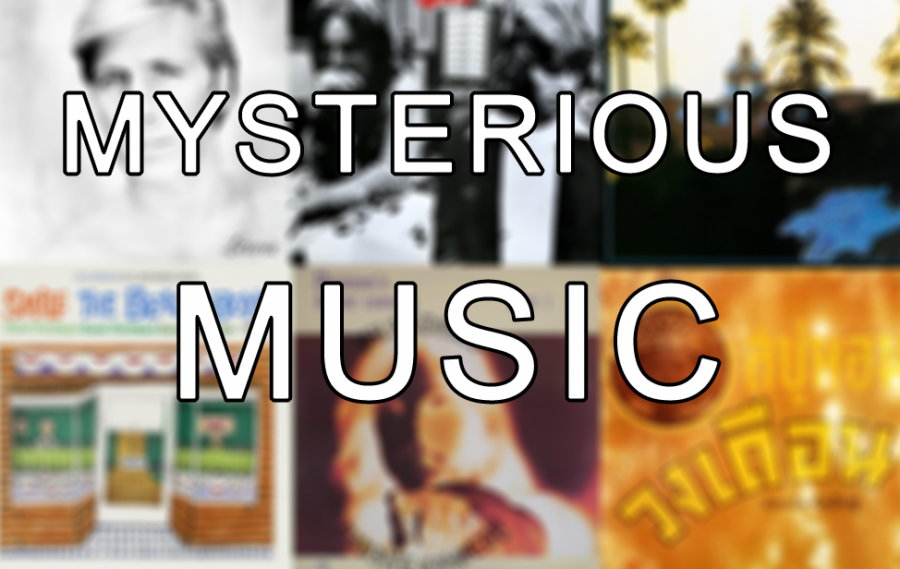 Sometimes, for whatever reason, songs and albums fall through the cracks of time. Let's examine some of them.

In the modern world, we see so much promotion and social media reporting on even the smallest bands and artists. But it wasn’t always so easy to find music and digest it. Sometimes, we don’t know who recorded songs, what the lyrics mean, or even what they sound like, for a variety of reasons. So today let’s look at 10 mysterious recordings that music fans have been trying to figure out for decades.

10. Hotel California by The Eagles

Alright, so this one isn’t that mysterious. It’s one of the most popular songs of the 70s, and The Eagles aren’t exactly known for their obscure gems. But this song has fascinated me ever since I heard it when I was very young. Everytime I hear it, a movie plays in my head, and this is definitely what The Eagles intended. They wrote the song with cinematic language, intending to tell a clear story, but most seem to chalk the song up to metaphor, mostly for drug use or a bad relationship. I tend to take a hyper-literal impression, one in which the narrator is actually trapped inside a sinister hotel, like in The Shining. The ominous sounding chords and hellish guitar solos, coupled with the creepy album cover that adorns the album release, make this one of the most enduring and creepy songs ever recorded.

This song was thought to have caused deaths in 1930s Hungaria. Allegedly, these deaths occurred when the song was playing during its peak popularity. Given how old these reports are, they are most likely apocryphal.

Very little is known about this mysterious instrumental album, credited only to “The Thai Orchestra”. Rumored to be linked to experimental rock group Sun City Girls, its origin is said to be from the 70s, but other sources cite 2007 as being the release date. The music is odd and extremely rhythmic, consisting of repetitive beats played on exotic percussion instruments. The tracks are untitled, and the sounds contained within remind me of Jon Brion’s Punch Drunk Love soundtrack.

Big Star are one of the most quietly influential groups ever, and through their initial run of 3 1970s records they inspired countless bands from REM to The Replacements. Sadly, these records weren’t successful in their time, and their third was the least successful because it was barely released, and when it was, the band didn’t approve a tracklist. With most of the album’s creators having passed away, it’s unlikely we’ll ever get a final word on the album’s song order, or even what it’s title was intended to be.

6. Smile by The Beach Boys

A similar situation occurred here that occured in Third, only 100% more insane. The story of this album is so insane that it would require another article entirely. Stay tuned.

This album is mostly known for being a supposed Jim Morrison project, released after he “faked his own death”, according to some fans. The Doors frontman Jim Morrison, along with Tupac and Elvis, are famously believed to still be alive despite being declared officially dead. So it comes as no surprise that this 1974 psychedelic rock album was touted by true believers as being a beyond-the-grave record by Morrison. Adding fuel to the fire was that the singer was credited only as “The Phantom” and given that Morrison often used pseudonyms when recording, fans of The Doors pointed to the album as proof that their idol was still alive. The other musicians were only credited as Drummer X, Bassist Y and Keyboardist Z, and this keyboard-heavy lineup was remarkably similar to The Doors, as was The Phantom’s baritone voice. Eventually The Phantom was revealed to be Arthur Pendragon, but to this day no one is sure who the rest of the musicians are, given their odd pseudonyms. The band had recorded an earlier album that was never released, making it even more mysterious and hard to find. After these two blips, the band was never heard from again.

4. Carnival of Light by The Beatles

Nearly every cough, flub and missed note recorded by The Beatles was released on the massive Anthology box-set, leaving no stone unturned when it comes to Beatles content. Or at least, that’s what they want you to think. There are actually a handful of Beatles songs that still have yet to see the light of day, and Carnival of Light is the most famous of the bunch. This 17 minute avant garde experiment was recorded as the soundtrack for a psychedelic light show created by friends of the group. The recording contained all four members shouting, playing random instruments, and babbling, a concept that sounds similar to Revolution 9, a song that would later grace The White Album. While the other band members were unenthusiastic, especially George Harrison, Paul McCartney called it “the coolest piece of music since sliced bread”. Indeed, Harrison’s dislike of the song is what has kept it from being released, as when it came time to compile all the band’s unreleased material for the Anthology, Harrison vetoed its inclusion, and so did Ringo.

Even if we knew everything about this album, it would still feel mysterious. Recorded by a Canadian stockbroker and released in 1983, this album of soft, mumbled croons and sweeping synths was designated to bargain bins everywhere, boasting a cheesy cover and a sticker on the front reading: “This Album Contains the Hit Single ‘Romance for Two,’ Inspired by Christie Brinkley.” Funny, and also untrue. Brinkley was considered the most beautiful woman in the world at the time, but it’s not clear if “Lewis” and Brinkley ever met, and even more untrue is the claim that Romance for Two was a hit single. The album dropped like a stone on release, until 2007, when a record collector named John Murphy found it at a flea market, captivated by its cover and humorous sticker. What awaited him was one of the strangest albums of the 80s, a series of slow, floaty tracks that all featured a cheap-sounding synthesizer tuned to the same preset. In addition to the synth, most songs featured Lewis, singing barely-intelligible lyrics, and either a folky guitar or a tinkly piano, but never both at the same time. Sometimes the synth and piano appear to be playing different melodies, as on the instrumental Summer’s Moon. It’s an exceedingly odd album, too heartbroken and emotional to be new age and too slow and minimal to be called pop or singer-songwriter. Murphy had hit the jackpot, and now with the record having a cult following, it was time to find Lewis. Odd stories abounded from those who knew him, saying he lived in an apartment with all-white furniture, and that he fled the country after not paying his bills. It wasn’t easy, but soon they were able to track him, and 3 more albums, down. Lewis, real name Randall Wulf, was now living a quiet life after a spell making Christian music. This dispelled the mystery somewhat, with none of these prior releases being as good as L’Amour, but the mysteries and odd eccentricities of the album remain.

One of the very first musical mysteries, this psychedelic song first surfaced on Beatles bootlegs in the 70s, with the creators of the releases claiming it was a lost song by the Fab Four themselves. The stories about the song’s origin usually revolve around the song being found in the trash outside of Apple Records (the record company owned by The Beatles), and to this day many believe it’s an actual recording by the group. I have my doubts. First of all, unless they were very inebriated at the time of recording (always a possibility) the song is far too amateurish and unmelodic to be a Beatles song, and the low quality of the recording makes it hard to decipher whether or not it’s John and Paul singing or not. It could very well be them, but until solid proof comes out either way, I’m not sure. Indeed, if it’s not The Beatles, who is it? So far, no-one has claimed the recording as their own, and we still don’t know who recorded, sang, played and wrote it if it wasn’t The Beatles. The mysterious and creepy sound of the song only adds to the mystery, with some claiming it was taken from a horror movie about a cult. For now, though, we don’t know who the song was made by, and perhaps it’s better that way. Sometimes, a mystery is more fun than the truth.

This is the big one. It’s mostly known as “The Most Mysterious Song on the Internet”, and for a good reason. No-one knows where, when, and why it was recorded, or even who wrote it. Even the lyrics are almost unintelligible. Recorded from a German radio station onto a cassette in the 1980s, the tape author chose to delete the between-song banter, robbing us of the song’s title and creator. After posts attempting to find the song were circulated on Reddit and Discord, the track started gaining in popularity, capturing the interest of many internet sleuths. So why has this song in particular captivated the web? Because, in all honesty, it’s an excellent song. It may even be the best on this list, give or take Hotel California. It’s a driving European new wave song, reminiscent of Joy Division or Depeche Mode, with great guitar work and an intriguing vocal. The fact that it’s hard to even decipher the lyrics makes it all the more mysterious. If you know anything about the origin of this song, or recognize it, get the word out! Tell people, so we might be able to solve this internet mystery.