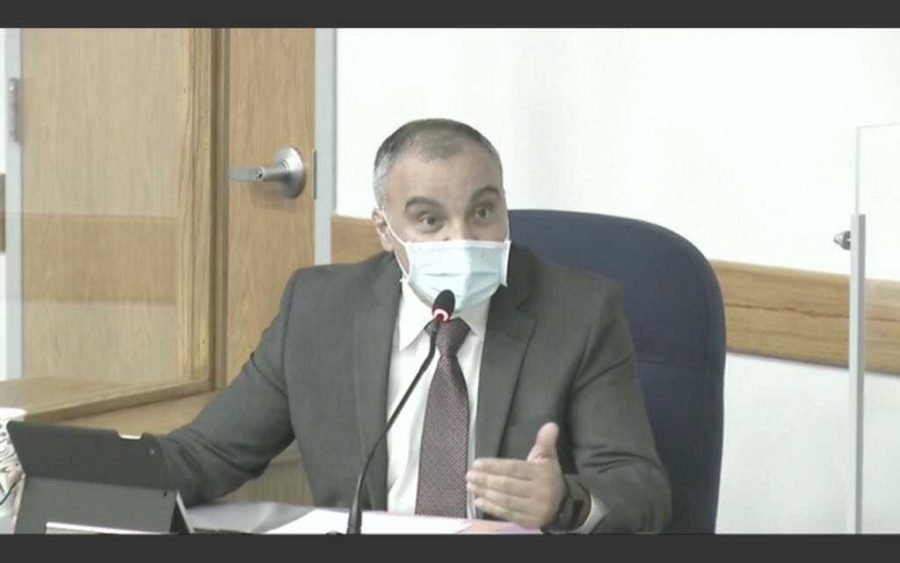 At the RRISD Board of Trustees meeting on Tuesday, Aug. 24, students, staff, and parents argued for and against a stricter mask mandate. Ultimately, Superintendent Hafedh Azaiez recommended that masks be required for all students, staff, and visitors with the exception of those with documented health and developmental concerns.

After a 5 to 2 decision at the Board of Trustees meeting on Tuesday, Aug. 24, the Round Rock Independent School District  (RRISD) has announced that all students, faculty, and visitors will be required to wear a mask unless they show proof of a health or developmental concern. This comes just over a week after the district enforced a temporary mask mandate with a “no questions asked” opt-out clause.

“While [Superintendent] Azaiez has said less than 9% opted out, I can tell you that at the high school level it’s often 30 to 40% of students going unmasked,” a substitute teacher said prior to the implementation of the stricter mandate.

The meeting continued for over three hours before a decision was made around 10:30 p.m. Supporters of the stricter mask mandate stated their concerns about the spread of the virus within schools.

“I feel unsafe and uncomfortable walking the halls, sitting in classrooms, and being around those who are unmasked,” one student said.

Meanwhile, those against the mask mandate argued that it would infringe upon their rights.

“This is an illegal order. You’re in direct defiance of the governor of Texas,” one parent said. “We voters aren’t going away. We’re activated now. You’re going to see a lot of us.”

Several other students and parents also tuned in virtually to make their opinions known.

Since the first day of school on August 18, RRISD has had 300 total positive cases and 3126 close contacts. Guidelines from the Centers for Disease Control and Prevention have recommended wearing a mask to lessen the spread of COVID-19, especially with the heightened infection rate due to the more transmissible Delta variant.

After Leander ISD was advised to close for 10 days by Williamson County officials on Tuesday, Aug. 24, RRISD began to tighten its protocol.

“If we continue on the same trend, then we may be receiving the same recommendation from the county,” RRISD Superintendent Hafedh Azaiez said.

The mandate goes into effect at 12:01 a.m. on Thursday, Aug. 26 and expires on Sept. 17. The Board of Trustees will reassemble next month to make the decision of whether or not to extend it. For the latest information on COVID-19 protocols, visit the RRISD website, download the free smartphone app, and visit the district’s Facebook and Twitter pages.