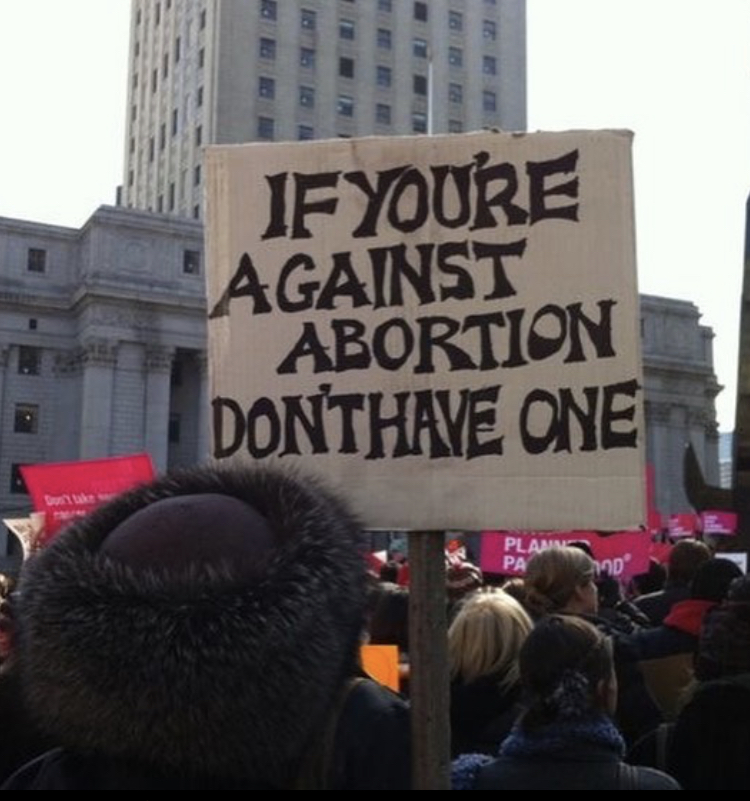 Texas' recent abortion law has sparked oppostion nationwide. However, it seems unlikely the law will be repealed as party divisions deepen through a myriad of issues.

These are just a few of the thousands of posts and comments on social media condemning the passage of Texas’ most stringent abortion law ever.

The sheer amount of responses to this appalling decision is proof of the deteriorating conditions in our country. Though the law seems too harsh to be true, I fear that this is just the beginning of a long-lasting and violent political divide between the left and the right.

The new Texas Heartbeat Act has illegalized abortion after six weeks of pregnancy, a period in which most women aren’t even aware that they are pregnant. Though the law has allowances for cases of medical emergency, there is no exception for instances of rape and incest.

The ban will be enforced through “civil right of action,” meaning that Texas has authorized private citizens to sue doctors and other abortion providers for up to $10,000 in damages, even if they themselves have not been harmed.

While this abortion ban is in blatant violation of Roe v. Wade, Texas has found a loophole that allows them to prevent federal courts from shutting the law down. Texas has effectively avoided federal interference by giving the power of enforcement to private citizens and allowing them to sue anyone who aids in illegal abortions, from the healthcare provider to the Uber driver. In addition to successfully ensuring the near impossibility of getting an abortion in Texas, the act has opened up a clear pathway for other Republican states to easily enact similar laws.

Though the law itself is a horrifying example of restricting a woman’s right to choose, the fact that it happened is not shocking at all. Along with removing gun control laws and banning mask mandates, outlawing abortion has now become a strictly political issue. There is hardly any grey area anymore: these days, we have to choose to either completely oppose or completely support any given issue.

Most of the American population, including many Republicans, actually support abortion in many situations. According to a poll by the Pew Research Center in May 2021, 59 percent of Americans believed that abortion should be legal in all or most cases, while 39 percent believed it should be illegal in most cases. Additionally, 35 percent of Republicans believed that abortion should be legal in several instances. So why has Texas sanctioned such a severe abortion law?

The data overwhelmingly proves that our policies are slowly turning into black and white solutions for our deepest problems as a nation. While many Republicans are against abortion restrictions, the majority of the party isn’t, so those Republicans feel the need to stick with their party, even though they may not agree 100 percent on everything. The situation has become “anything but the Democrat,” or “anything but the Republican.” This is the kind of mindset that allows politicians to create policies that only benefit their party base and not the entire country.

The saddest part is that the “social” aspect trying to be resolved is usually just a cover for a political move. There’s a difference between being morally pro-life and wanting to restrict abortion so severely that even the victims of terrible situations have to give birth whether or not they are mentally and physically prepared to do so. Just like there would be a difference between supporting aid for immigrants from Mexico and wanting to tear down all regulations and borders that keep illegal immigrants out. Both scenarios are wholly irrational. Yet I’m afraid we’re moving towards more and more of these polarized laws in both the Republican and Democratic parties.

I find it exhausting that every issue has turned into a constant battle. While our president is a Democrat, the Supreme Court is overwhelmingly conservative. Though Republicans control the Senate, Democrats are the majority in the House of Representatives. Nothing productive can get done with this kind of division because there is no drive to work together. We have completely lost sight of the social effects of our divided policies.

Today, millions of women in Texas are essentially being told that we don’t have the right to our own bodies. We can get raped and have our rapists sue us for $10,000. We will be forced to turn to dangerous alternatives when we can’t get the care we need. This is the only result of the abortion law. And I find it disheartening that I wasn’t even surprised.

It’s been this way for years, and it will continue to get worse if we don’t stop thinking in terms of party lines and start thinking about what is morally right instead. We have to break the cycle of hate and division. It shouldn’t matter if a policy is Republican or Democratic – we need to consider whether we agree as human beings part of a society and make a decision based on self-reflection and individual thought. There is no room for small-minded allegiances anymore in a world where so much needs to be fixed.