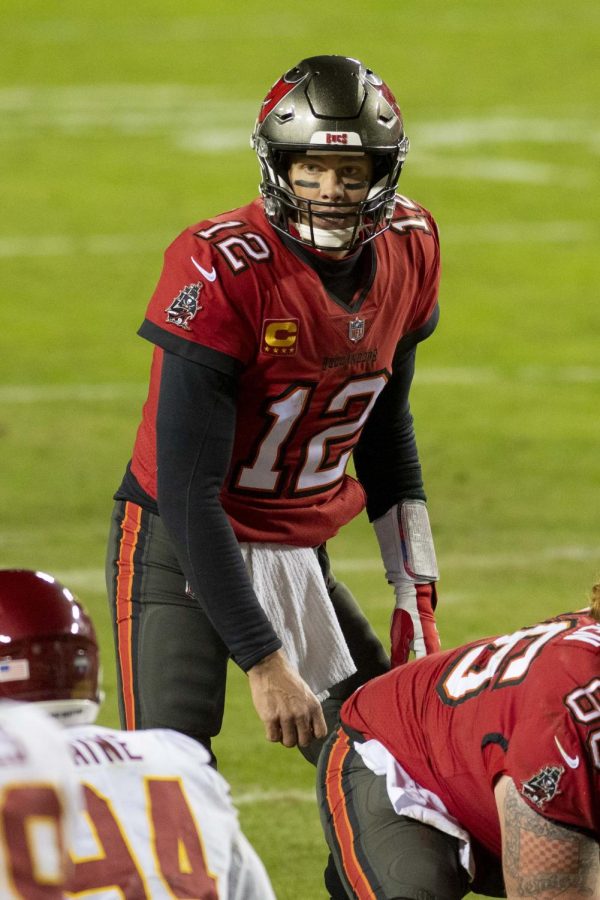 Each year Lamar Jackson seems to steadily improve on himself, and this year is seeing his best combination of rushing and passing along with an ability to close out games better than any other quarterback this year.

I have to admit that after ranking Aaron Rodgers from the 5-9 range all year, it was enlightening to see how poorly the Packers played with Jordan Love as the starter instead of Rodgers.

Throughout the season, Tom Brady has easily been the most consistent quarterback in the NFL from his multiple touchdown performances to his chemistry with Mike Evans, Rob Gronkoswki, and Antonio Brown.

Kyler Murray may be a little rough around the edges after coming off of an ankle injury, but the Cardinals have proven that they can be a strong offensive team without Murray. Having Murray back should only make the Cardinals more dominant.

Russell Wilson has a big hole to dig the Seahawks out of, but if there was one quarterback that I needed to dig me out of that big of a season deficit, Wilson would be extremely high on that list.

Back to back interceptions against the Tennessee Titans are not a good look for Matthew Stafford who had similar failures in some of his worst Detroit years. On the flip side, Stafford has had weeks in 2021 where he looked like the most efficient quarterback in the NFL leading me to believe that last week was a fluke.

Bad weeks happen, and in the end Dak Prescott still looks like one of the best quarterbacks in the NFL even after coming off of a devastating injury suffered in the 2020 season. One bad week is not a reason to raise alarm bells.

Even after a win against the Los Angeles Rams, I am not convinced that Ryan Tannehill can be an efficient player without Derrick Henry. That said, his one week sample size was extremely impressive, and possibly a sign of things to come.

No team has undergone more disappointment than the Las Vegas Raiders, yet they continue to persevere and win big games. If they can learn to close out against smaller opponents then they could be a true powerhouse of the NFL.

The only bright spot for Patrick Mahomes was that he did not blow last week’s matchup against the Jordan Love led Green Bay Packers. Other than that, he has been far less accurate, and extremely mistake prone.

The only thing missing from Joe Burrow and the Cincinnati Bengals is consistency. If they could have an amazing offense every week then it is reasonable to assume that they could be the best team in the AFC.

Mac Jones has shown consistent week to week improvement as the season has progressed, and he is at the point where he can start securing victories against competitive teams.

If Carson Wentz and the Colts could close out games properly, then Wentz would look like one of the most improved quarterbacks in the NFL. With that not being the case, Wentz still looks mistake prone and has not led this team to consistent victories.

Justin Herbert is another example of a quarterback whose inconsistencies are taking his team. That is not to say that the Chargers are out of contention, but in a division where each team is tied for first, Herbert cannot afford to make mistakes.

Josh Allen’s performance against the Jacksonville Jaguars should be a massive point of concern for a Bills’ team that has had a cakewalk of a schedule throughout the season. If the Bills want to contend, Allen needs to play better in all of his matchups.

Matt Ryan led his offense to a win against the New Orleans Saints last week, and in it you could see flashes of the efficiency that was present in the 2018-19 Falcons offense.

Ben Roethlisberger did a surprisingly good job leading the Pittsburgh Steelers’ offense to a late game surge against the Chicago Bears, and at some point it should be acknowledged that even though Roethlisberger is clearly nowhere near his former self. He is better than I or most other people have been giving him credit for at over 40 years old.

At what point should Browns fans acknowledge that Baker Mayfield is a glorified game manager? As soon as superstar running back Nick Chubb re-entered the lineup, the Browns had an amazing offensive performance over the Cincinnati Bengals. Mayfield is not doing anything profound for this team, and without the running game this team would not have enough going for it to make a playoff push.

What is there to say about Kirk Cousins that Vikings’ fans don’t already know? A poor utilization of skill position players, one of which looks to be disappearing, is a horrible look for a quarterback that continues to make inordinate amounts of money.

Justin Fields is clearly more comfortable reading the field, and had the Bears not given the Steelers too much time on the clock they would have escaped with a win because of Fields’ performance.

Teddy Bridgewater is the league’s new Alex Smith. He’s the sum of his surrounding talent, and he won’t be the reason that a team wins or loses a game.

Daniel Jones has certainly improved from last year, but mild improvement is not leading the New York Giants to any sort of convincing win.

Trevor Siemian might not move the offense at the same speed as a upper shelf quarterback, but he seems to have a good vision for reading NFL defenses and the Saints will be able to win games with him.

Jalen Hurts seems less and less impressive as the season progresses and although with upgraded weapons in the receiver core and an improved defense, Hurts could definitely improve.

It’s incredible how good Mike White looked even in such a small sample size. After weeks of disappointing play from rookie Zach Wilson, White has made his mark in New York Jets’ history, even if he turns out to be a one week wonder.

I am sure that 49ers fans are tired of seeing Jimmy Garoppolo in the starting lineup up to this point. Garoppolo has been less than a game manager in recent years, and his performance made Colt McCoy look like a convincing starting quarterback.

It looks like Taylor Heinicke will be starting the rest of the seasons’ games, but do not look for that to continue on to next season. Washington will be in the market for a quarterback in the offseason.

Jacoby Brissett may be one of the better backups in the NFL, but the Dolphins desperately need former first round pick Tua Tagovailoa in the lineup if they want to win any of their games.

The Jaguars may have earned a win against the Buffalo Bills, but by no means does that mean that Trevor Lawrence played well or built any faith between him and the organization.

Fans should wait to sound the alarm on Tyrod Taylor, after all the worst rushing attack in the league coupled with receiving weapons that are lackluster at best is not setting up Taylor for success.

The Detroit Lions are staring a 2-15 record in the face, and while the blame does not entirely rest on Jared Goff’s shoulders, it sure does fall on him to play better than he has been playing for the first eight games of the season.

P.J. Walker gets a lot of credit for playing well in a football league that played about four regular season games before losing funding, but that doesn’t change the fact that amidst this poor play he still has potential.